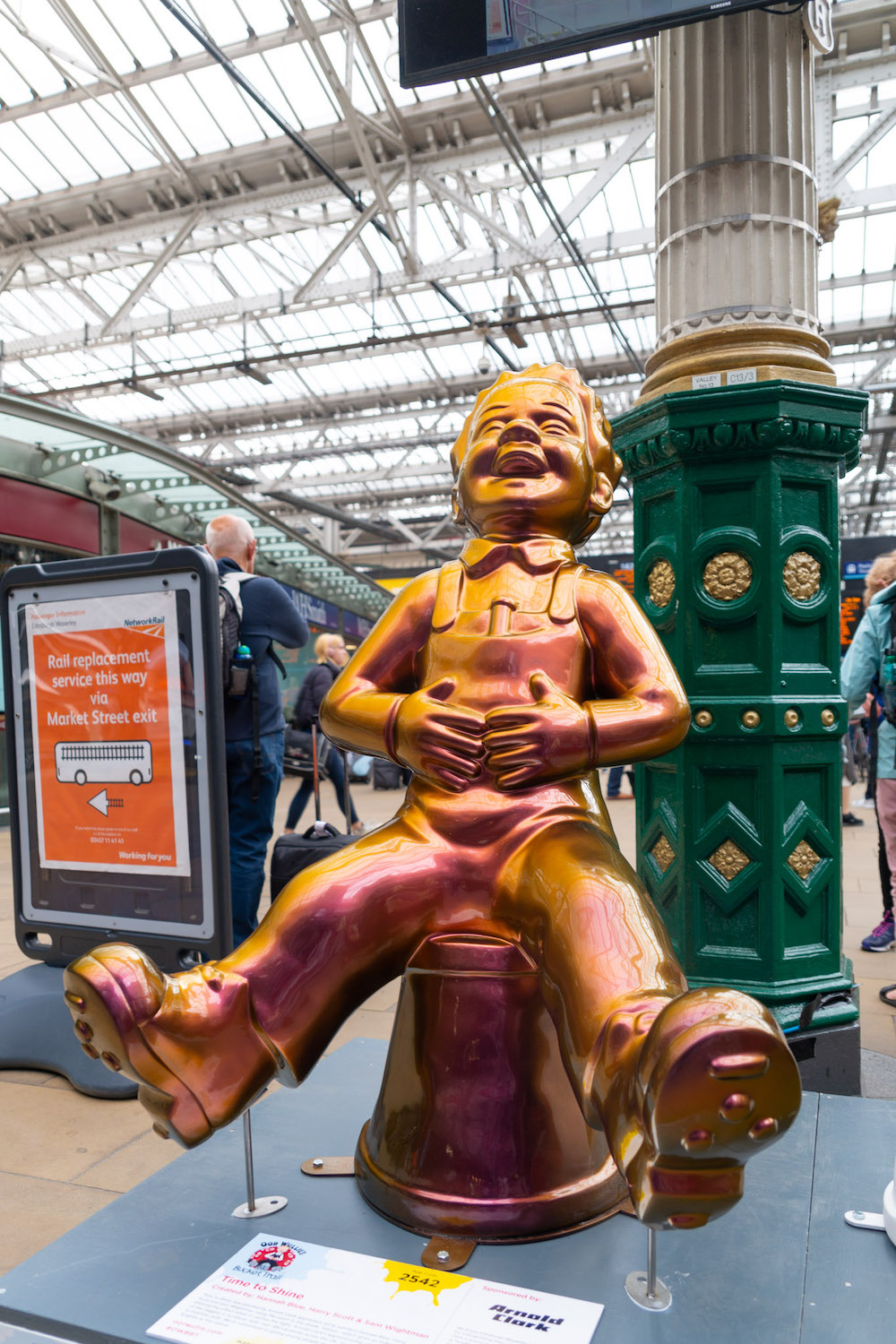 This is a completely eclectic guide as to what is on this coming week in Edinburgh. If you are running an event of any kind then do tell us about it. editor@theedinburghreporter.co.uk

We can include it in a weekly round up or publish details in the What’s on section of the next issue of our newspaper.

The week starts with the raising of the Armed Forces flag over the City Chambers in anticipation of Armed Forces Day next Saturday and the week of activities beyond that. And also the Oor Wullie BIG Bucket Trail gets going in earnest today. Watch out for your local sculpture!

Projekt 42 would like to host 4-weeks of armed forces style workouts and challenges aimed at encouraging families, young adults and seniors in the community to come together, work together to complete tasks, get physically active and have some fun.
Projekt 42 recently became an accredited fitness centre. This means they can now deliver Level 2 Gym and Level 3 PT qualifications. As part of their work to grow employment opportunities in our community, they would like to create an avenue for ex-armed forces community members to become qualified personal trainers. As part of the Armed forces Day, Projekt 42 would like to launch their new fitness academy. Contact sara.hawkins@projekt42.co.uk for more information.

At the Lyceum Theatre tickets for Season 2019/20 will go on sale on Friday 21 June at 10.00am – and if you’re a big theatre fan then you can become a Lyceum Season Ticket Holder and save money on them.

The Edinburgh International Film Festival begins on 19 June and runs until 30th of the month.

This year there are many films to see – although as usual until the press showings we cannot tell you anything very much about them!

But we hope to get some photos of the stars who might visit Edinburgh. The Opening Night Gala takes place on 19 June. It will be Boyz in the Wood directed by Ninian Doff and produced by Brian Coffey. Cast members Rian Gordon, Lewis Gribben, Samuel Bottomley and Viraj Juneja may be at the gala.

Johnnie Walker is the official whisky partner at this year’s 73rd film festival. The sponsor is taking over the Festival HQ at the Filmhouse for the whole festival. They have also collaborated on a short filmmaking challenge called Walk With Us.

The new official whisky partner and known for its ‘Keep Walking’ mantra, the project will aim to challenge ambitious filmmakers to think more creatively about a specific theme, visualising an idea and putting it together in an innovative way.

The films must be no more than 60 seconds in length and focused on the theme of Walk With Us, with EIFF asking entrants to consider what this theme means to them, whether it’s about where you live, what you like, who you spend time with or what’s important to you. The films can be fiction or non-fiction, live action or animation and can be filmed on a camera phone or using professional equipment and software.

The best entries will be compiled and screened at this year’s 73rd EIFF in June, creating an anthology film, consisting of 15-20 films.

The Royal Highland Show begins on 20 June and runs until the following Sunday. This is not just a show for farmers and crafters. There is a great foodhall where you can pick up meat straight from the farmer or gadgets for the home. There are animals galore and showjumping to watch, usually some music to listen to and cooking demonstrations to watch. You can get there on Edinburgh Trams. Details here.