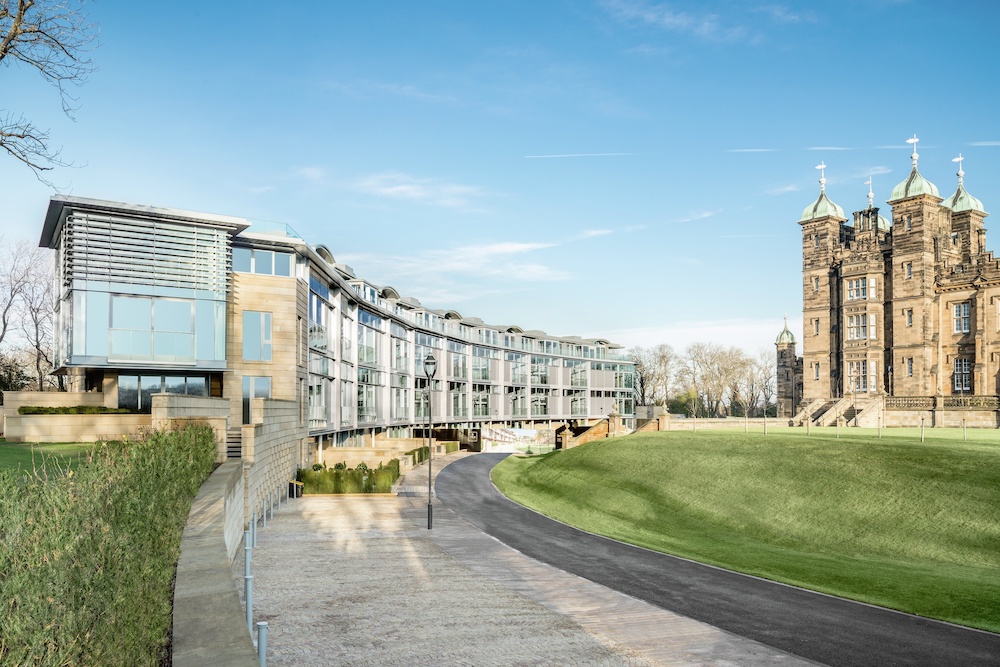 Scotland’s most exclusive new development has been recognised for its innovative design, scooping a trio of accolades at a glittering awards ceremony.

The Crescent at Donaldson’s was named the winner in the Innovation in Design and Show Home of the Year (Selling price over £400,000) categories at the annual Scottish Home Awards, while also taking home the title of Highly Commended for Apartment Development of the Year.

“For The Crescent to receive accolades in all the categories it was shortlisted in is a true testament to the efforts put in by our many teams involved, from planning to construction to sales and aftercare.

“We must thank our key suppliers and partners, who have been integral to the creation of the development – and a notable mention for Richard Murphy Architects who have helped us to create a truly modern take on the iconic Crescent street.”

The awards came shortly after the development landed the award for best medium-sized private development at the Homes for Scotland Awards.

Designed by Edinburgh based architect Richard Murphy OBE, The Crescent comprises some of Edinburgh’s most sought-after new residences.

Situated within Edinburgh’s UNESCO World Heritage Site, the development has been directly inspired by its New Town surroundings, with the crescent shape influenced by traditional Georgian architecture.

Show apartments for the development launched in January this year, with the first footers moving into the neighbourhood a month later.

The range of one, two and three-bedroom apartments, duplexes and penthouses at The Crescent are proving popular with buyers, with a third of the first phase now sold.

Two show apartments are available to view daily.
Visit https://www.cala.co.uk/the-crescent or call 0131 516 3018 to arrange a viewing.