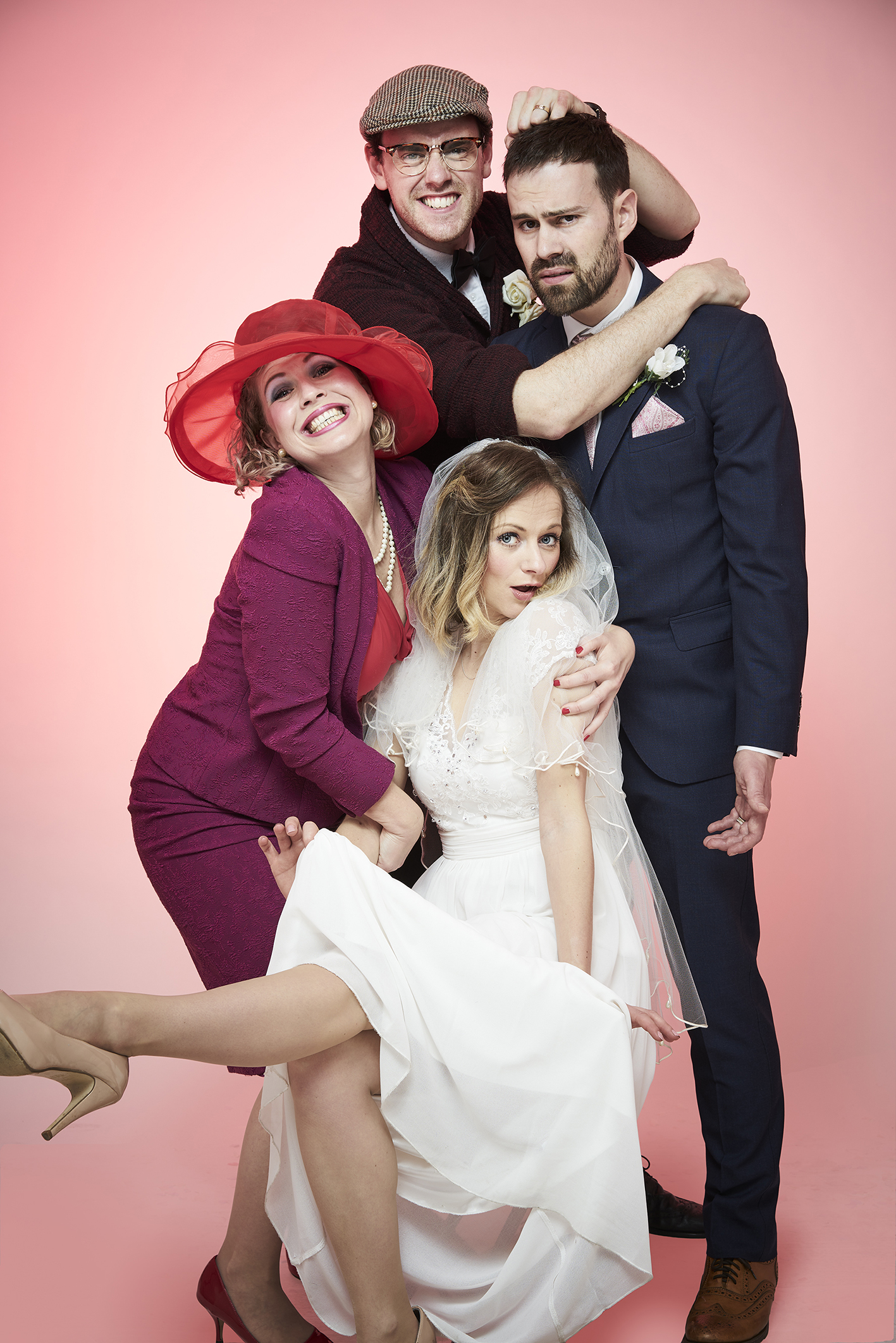 Confetti & Chaos – the show formerly known as The Wedding Reception returns to this year’s Edinburgh Fringe with some re-imaginations… but don’t worry: this fabulous 5-star experience is still a completely immersive, entirely original and bonkers comedy. And it’s still the worst wedding reception you’ll ever go to!

It was meant to be a surprise party but it’s turned into pandemonium – with secrets spilling out as family members bust in, bust up and bust a move. This brilliant confetti-fueled extravaganza has comedy bursting from the seams in a crazy re-imagining of the show formerly known as The Wedding Reception… It might just be the worst wedding reception you’ll ever go to – and you’re all invited!

Confetti & Chaos is a classic take on an English wedding reception gone wildly wrong. Audiences become guests caught in the crossfire in this totally immersive and highly improvised comedy dining show written and produced by Interactive Theatre International, the people behind the global smash hit, Faulty Towers The Dining Experience.

– ‘If you ever get an invite, don’t turn it down!’ ★★★★★ Bournemouth Echo, Lighthouse Poole

Tickets – all tickets include 3-course meal and 2-hour show: