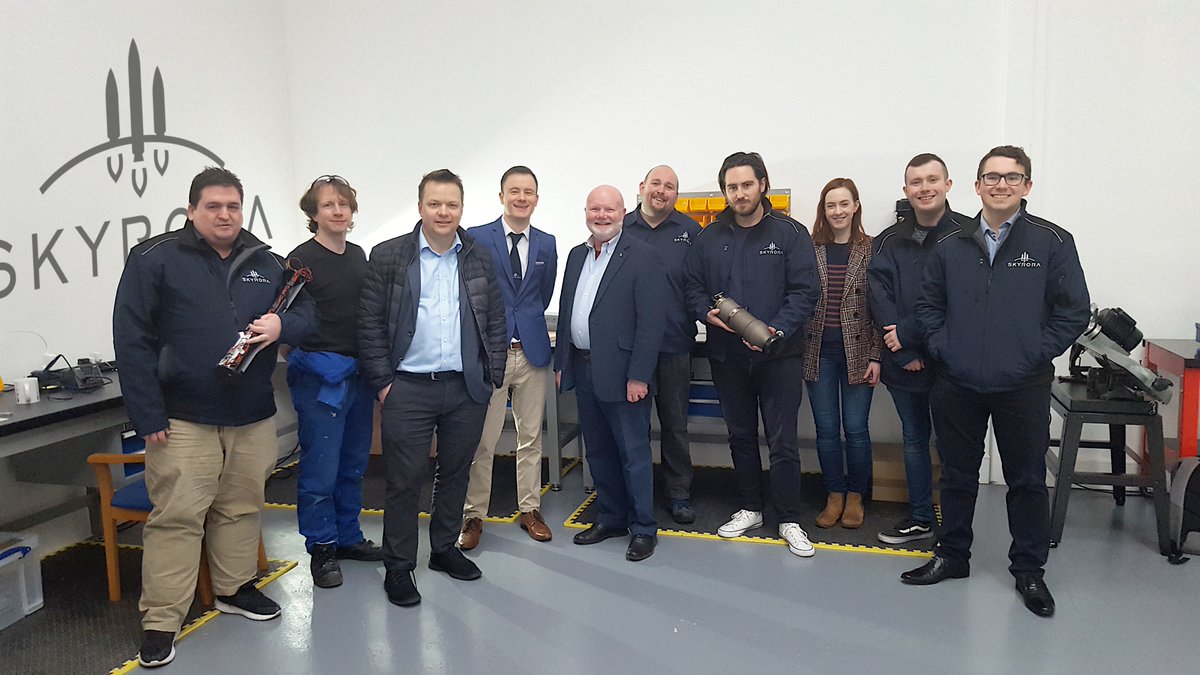 AN EDINBURGH-based rocket developer has been praised for its ‘investment in local resources’ during a visit to its new production centre by local MSP Colin Beattie.

The MSP for Midlothian North and Musselburgh visited Skyrora’s cutting-edge production facility in Loanhead, commending the rocket firm for their role in boosting Scotland’s space sector.

The Midlothian site is the newest facility acquired by the rapidly-growing space firm, with avionic testing and vehicle integration currently underway ahead of a series of upcoming test mission launches for which a Request for Proposal has recently been sent to a series of potential launch locations in across the UK.

Mr Beattie said:“I welcome Skyrora to my constituency and look forward to seeing the advancements they will bring – not only to Loanhead but also to Scotland’s wider economy.

“By choosing to base its production facility in Loanhead, Skyrora is already showing that they’re adding value to the economy by investing in local resources.”

The facility also serves as the current location of the Black Arrow rocket – the only UK rocket to reach orbit, which was transported back from its landing site in South Australia by Skyrora earlier this year to inspire future generations – as
it waits to begin a tour of British museums and space exhibitions.

Daniel Smith, Director at Skyrora, said: “We were absolutely thrilled to show Mr. Beattie around our latest facility and have the opportunity to explain the specifics of the work we’re doing here in Loanhead, particularly around our upcoming test
missions and how they will de-risk the development of our orbital launcher.

“The site is an ideal location to perform final testing and assembly tasks thanks to its proximity to local suppliers and being just 20 minutes from our central Edinburgh HQ.”

Colin Beattie’s visit coincided with Ivan McKee, Minister for Trade, Investment and Innovation’s prediction that Scotland’s space economy will be worth £4bn by 2030.

Smith added: “Scotland is poised to play a leading role in
the new commercial space race due to the UK’s vision to capture a larger portion of the market and simple geography – there’s nowhere better in Europe for launching to low earth orbit. When you combine this with an existing space network that covers the full value chain and is supported by world class universities as well as top engineering and aerospace firms, it’s clear that our country’s long history of cutting-edge innovation is set to continue in this fast-growing market.”

The firm is aligned with the UK Space Agency’s plans to enable access to space from a launch location in Northern Scotland and aims to provide a dedicated and responsive service to help satellite companies reduce the current two year waiting time for launch. Despite being under two years old, Skyrora completed its inaugural test mission north of the border last year and has grown to over 100 staff across four countries.

The company’s next rockets, Skylark Micro and SkyHy, are already built and ready to launch. The vehicles will allow
their team and selected launch sites to gain more valuable experience, with the latter capable of reaching the edge of space, a feat never accomplished by a private company launching from the UK before.

It is developing orbital launch vehicle technology that builds on previous British rocket programmes with the aim of
reducing the cost of launches thanks to proven technology and advanced engineering methods.

The firm draws on Britain’s launch heritage with ambitions to build a robust supply chain while creating new employment opportunities to inspire the next generation of talent.