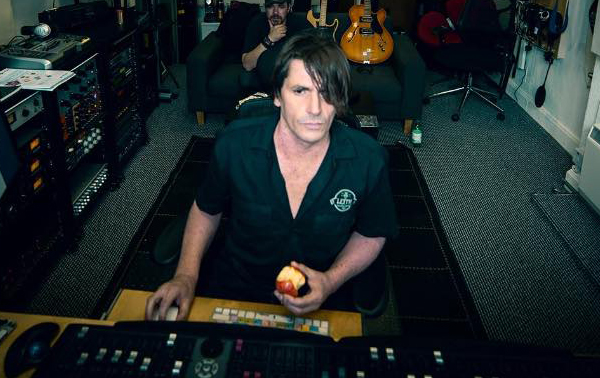 THE owner of a popular Leith recording studio has launched a crowdfunding campaign to reopen his business which was forced to close last year.

Leith Recording Company was left homeless after Drum Property Group would not renew the lease on its first floor studio at Stead’s Place on Leith Walk ahead of their proposed demolition plans.

Owner Alan Moffat was one of several small business owners who left the sandstone block which Drum wanted to knock down and replace with student flats and a hotel.

In January those plans were unanimously rejected by councillors. However, Drum has refused to reopen the boarded-up shop units, leaving Alan no option but to find new premises elsewhere.

“It’s been a really frustrating time,” he said. “Over the last two years we have been so proud to work with some really great local talent from solo bagpipers to heavy metal bands. We had a successful business valued by the community.

“Alongside the studio business we ran our own development scheme which allowed talented people who wouldn’t normally have the opportunity or the money to get their music out there.

“Unfortunately, due to Drum’s plans we were evicted in October. We repeatedly asked if we could extend our lease on a month-to-month basis just to give us time to find new premises and raise funds to kit out a new studio but Drum flatly refused.

“It’s tragic to think that the room that were trading from has lain empty for the last five months. What a terrible waste.”

Alan has now found new premises at Anderson Place. He used £5,000 of his savings to fund the rebuild, but he needs another £10,000 to complete the project.

Launching a crowdfunding campaign, he said: “I’m not used to asking for help, especially as this will be a commercial business that I’ll be running, but I’m asking for the people of Leith, Edinburgh and music lovers anywhere to help us get back on our feet and reopen this important community resource.”

Alan plans to have a permanent ‘Wall of Fame’ in the studio’s live room where every donor’s name will appear as a thank you for their support. In addition, he is offering discounted rates for anyone pre-booking time at the new studio.

If all goes to plan he hopes to have the new premises open later this year.

“Anything that people can do to help would be very much appreciated. Even a pound, anything to get me back up and running and get the local artists in and recording,” he said.