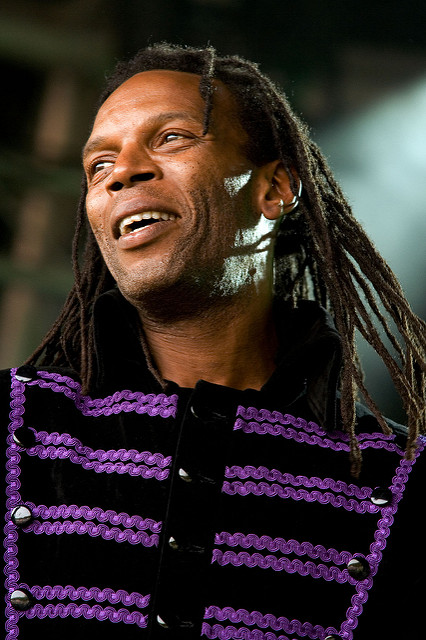 Mike Smith pays tribute to a ska legend who was a frequent visitor to Edinburgh.

Those who know me know my love for ska music. The news that Ranking Roger, lead singer of legendary ska band The Beat, has died after a period of illness was like a dagger to my heart.

I loved The Beat. I’m proud to say I’ve seen them many times over the years. Their sublime musical talent, their ceaseless energy, their gift of being able to lift one’s spirits when they are at their lowest will be with me forever.  Songs such as Mirror In The Bathroom, Hands Off She’s Mine, Too Nice To Talk To, Doors Of Your Heart – became classic numbers. They also did superb cover versions of Can’t Get Used To Losing You and Tears Of A Clown.

Ranking Roger – real name Roger Charlery – was a ska icon, bouncing across the stage with boundless energy. His call to the many fans who adored him during gigs – ‘RUDE boys….RUDE girls’ was greeted with tumultuous cheering and the band would reel off their classic numbers while the audience danced along and lapped up the raucous atmosphere.

It was what The Beat did best. Their music invoked a feelgood factor and I have never been to one of their gigs which I didn’t enjoy or feel so much better afterwards.

Roger was just 56 years old – a year younger than I am which underlines that none of us are immune from tragedy. In recent years, his son Ranking Junior, joined him on stage and it was obvious the influence his father had on him.

A few years ago when The Beat were playing one of their frequent gigs in Edinburgh -if my memory serves me correctly it was at the Picture House venue, now a pub at the foot of Lothian Road – I was standing at the bar before the gig when Roger suddenly appeared. He was courteous, friendly and nothing was too much trouble for him with fans eager to be seen with the great man and shake his hand, as I did. It was a moment I’ll never forget.

As The Beat memorably sang, ‘Can’t Get Used to Losing You’ it’s a song which all too sadly rings true today.