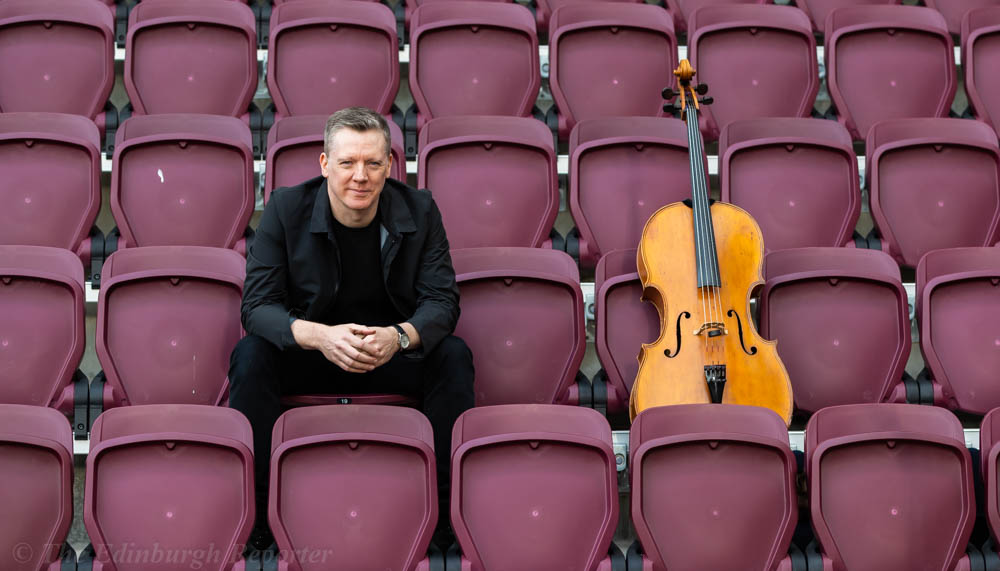 Returning for its 73rd year on 2 – 26 August 2019, the Edinburgh International Festival will bring the best of theatre, music and dance from across the world to Scotland’s capital. The programme features 93 events, with 293 performances across 17 venues and 2600 artists from 40 nations including Australia, Nigeria, Canada, Belgium, China, Mali, Holland, South Africa, New Zealand, France, Germany, India, Scotland and the rest of the UK.

• Los Angeles Philharmonic, led by its renowned conductor Gustavo Dudamel, open the Festival with the Aberdeen Standard Investments Opening Event – a special free concert for 15,000 people at Tynecastle Park celebrating Hollywood’s greatest movie music with a programme featuring soundtracks from cinema’s golden age and a selection from the world’s best-loved film composer, John Williams. This is part of a special residency at the 2019 Festival.

• Peter Gynt starring Scottish actor James McArdle (The James Plays, Angels in America, Mary Queen of Scots), in a new version by David Hare after Ibsen, directed by Jonathan Kent, in a major co-production with National Theatre of Great Britain.

• Following the enormous success of Light on the Shore in 2018, the International Festival returns to Leith Theatre, hosting concerts from some of today’s most original voices including Jarvis Cocker, Anna Calvi, Kate Tempest, Neneh Cherry, Sharon Van Etten and Teenage Fanclub.

• A new version of Stravinsky’s Rite of Spring by Chinese choreographer Yang Liping and Oscar-winning designer Tim Yip (Crouching Tiger, Hidden Dragon) and the world premiere of Scottish Ballet’s The Crucible, the centrepiece of the company’s 50th anniversary season.

• A special series of five concerts celebrates the career of Scotland’s most internationally renowned composer Sir James MacMillan in his 60th birthday year, culminating in the world premiere of his Symphony No.5 Le grand inconnu. Supported through the Scottish Government’s Festivals Expo Fund.

• The European premiere of Roots by the critically acclaimed theatre company 1927 in a stylish blend of cinema, visual theatre, animation and live music.

• Sir Ian McKellen recalling seminal moments from his career and marking 50 years since his landmark performances at the 1969 International Festival.

• All of Scotland’s national companies contribute to 2019’s programme including the National Theatre of Scotland with Jackie Kay’s Red Dust Road and the European premiere of Missy Mazzoli’s Breaking the Waves by Scottish Opera, based on the Lars von Trier film of the same name.

• You Are Here is a new season of theatre, dance and music, which offers audiences the opportunity to travel the globe in the company of artists whose performances give us fresh perspectives and insights into the world around us, asking where we are and where we are going. Artists include Serge Aime Coulibaly (Burkino Faso), Ifeoma Fafunwa (Nigeria), Robert Softley Gale (Scotland), Milo Rau (Switzerland), Oona Doherty (Northern Ireland) and Marcel Khalife (Lebanon).

• Learning and Engagement programmes include Art of Listening, a new composition programme for senior school music students and a three-year residency at Leith Academy where International Festival artists and staff support and mentor pupils year-round.

Fiona Hyslop, Culture Secretary said: “One of Scotland’s strengths is our concentration of magnificent cultural festivals, none more so than the Edinburgh International Festival, which brings the finest performers and ensembles from Scotland and across the world to our Capital city.

“This year the city will boast an unparalleled celebration of the performing arts with an unbeatable programme featuring dance, opera, music and theatre. I am particularly pleased that there will be a celebration of the work of Sir James MacMillan, the pre-eminent Scottish composer of his generation. Sir James MacMillan at 60 is backed by £150,000 from the Scottish Government’s EXPO fund. “The Festival’s impact extends beyond its August programme. Its community engagement, creative learning and professional development programmes run throughout the year, reaching the widest possible audiences and contributing to the cultural and social life of Edinburgh and Scotland, in part supported by the Scottish Government’s contribution to the PLACE programme”.

Councillor Donald Wilson, Edinburgh’s Culture and Communities Convener, said: “This summer, the world’s greatest artists and ensembles will once again come together in our capital to celebrate the 72nd year of one of the biggest arts Festivals in the world.

“The Council and the city have championed the Festival since its inception in 1947 and more than 70 years on, the event continues to bring thousands of people together from all over Scotland and the world in celebration of arts and culture.

“From opera to the Los Angeles Philharmonic, Sir Ian McKellen to Jarvis Cocker, the 2019 programme will feature 2600 artists in a diverse mix of music, dance and theatre. This year, I am delighted to see the launch of You Are Here funded by the PLACE programme, a Council, Scottish Government and festivals partnership fund supporting creative programming, community engagement and skills development. It is also great to see the Festival return to Leith Theatre following the success of last year’s concerts – it has a great line up.

“With such a mix of community events and Scottish artists, and a truly international programme of opera, dance and theatre this looks like it’s going to be one of the most exciting International Festival programmes yet”.

Booking opens at 10am on Saturday 6 April. Please visit eif.co.uk. for further details.