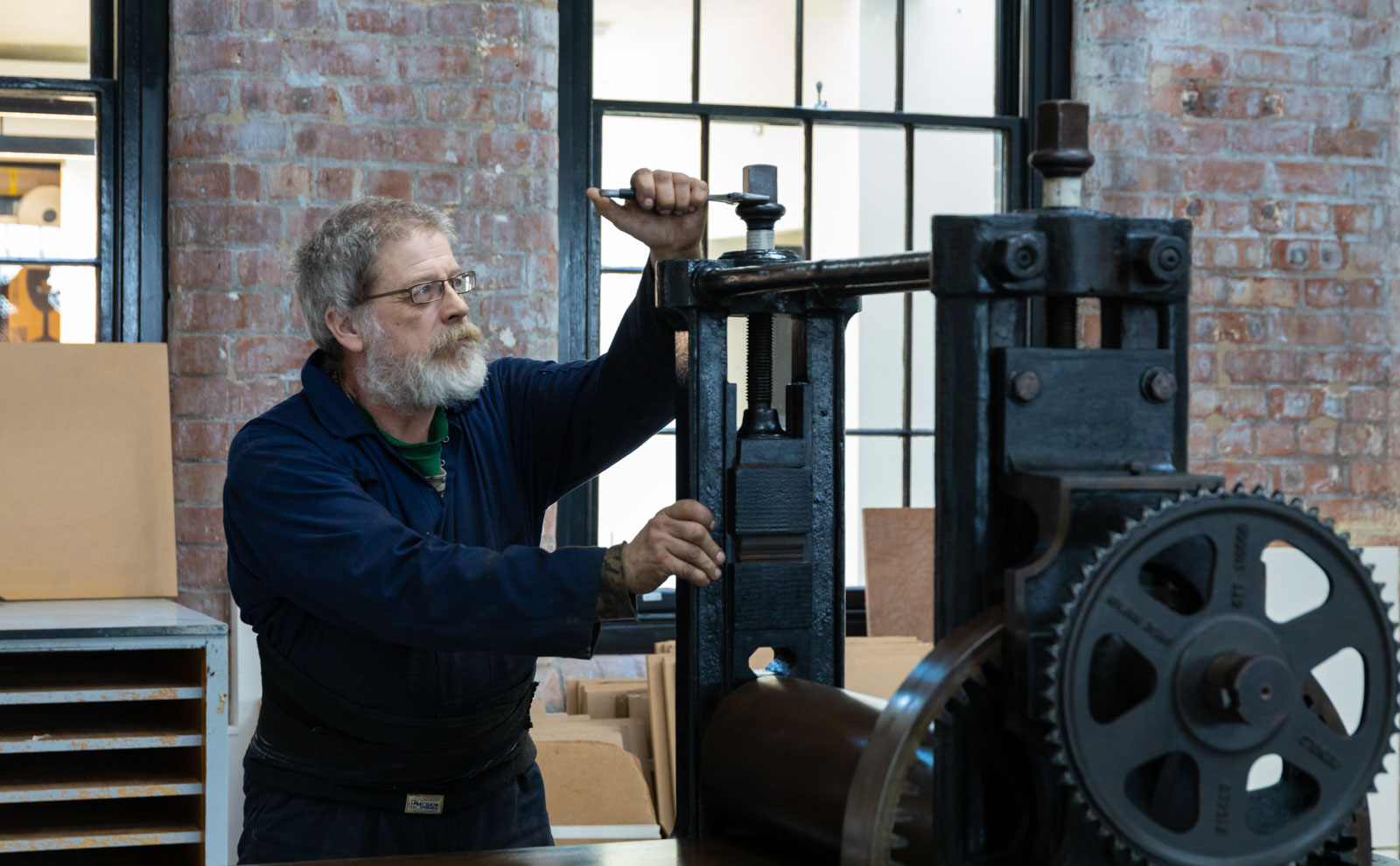 In the new printmaking studio at Castle Mills, the Grieg etching press that was used to print the Treasure Island Map of Robert Louis Stevenson was reassembled by AMR expert, Giles Hovendon, after being moved from Union Street to Dundee Street. Hovendon is AMR’s specialist in antique and historic presses.

Also on view was a 1st edition of Treasure Island with illustrations which had originally been printed on the Grieg. On Saturday 27 April, Edinburgh Printmakers at Castle Mills will open to the public and courses can be booked as from now.

Background on the press and Treasure Island Map.

The Grieg etching press was donated to Edinburgh Printmakers by the Bartholomew family. John Bartholomew Jr was commissioned to engrave the map of Treasure Island for the first edition in 1883. Stevenson created the map on a rainy holiday in Braemar to entertain his stepson but it got lost in the post on the way to publisher Cassell.

Years later from France, Robert Louis Stevenson instructed his father to recreate the map and then pass the drawing to John Bartholomew Jr. The original plate is currently held in The National Library of Scotland’s Bartholemew archive.