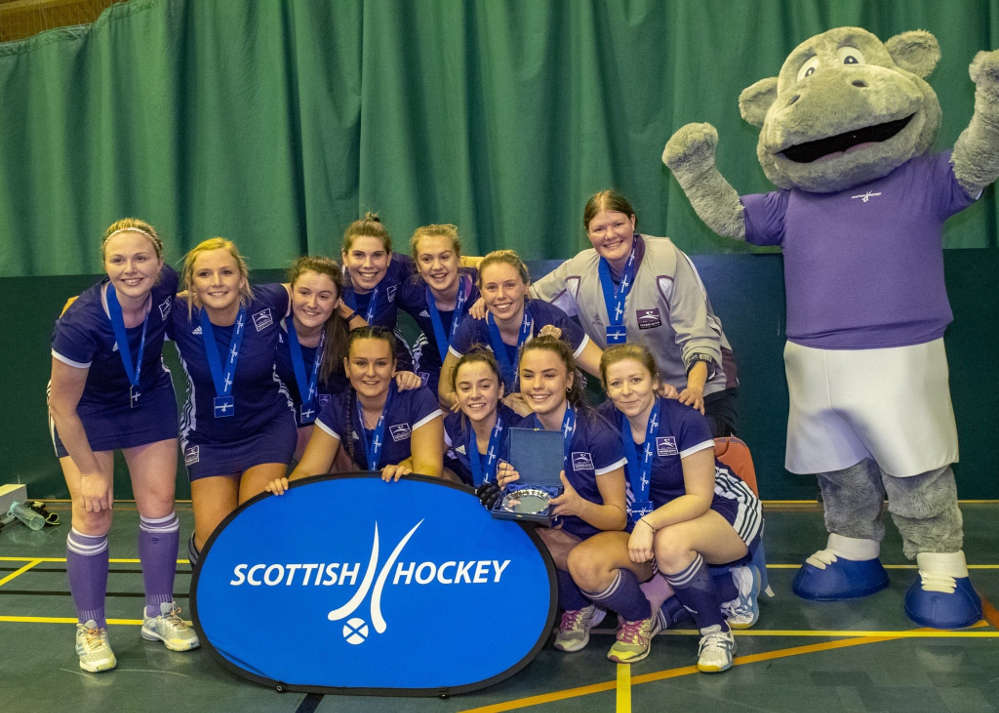 The first team have been promoted to Division One following their victory in the Division Two Grand Final.

Carly Bissett netted a treble in a 5-2 win over Aberdeen-based Granite City Wanderers.

Katie Swanson and Stella Hunger also netted as the girls completed the season with a 100 per cent record.

Under coach Alan Wall, they won all 12 of their league games including the Grand Final at Bell’s Sports Centre, Perth, on Saturday.

He said: “The girls have been brilliant all season. They have had a great attitude since the frustration of being relegated to Division Two.

“They have spent two years there and are delighted to be back in the top flight and we now hope to push on.”

The club’s Division Three side, which is a mix of Inverleith and Fjordhus Reivers players from the Borders, won their title in their inaugural year in the division.

The girls were unbeaten all season, winning 14 games and drawing the other.

Wall and former Great Britain and Scottish and international Janet Jack coach the girls. Jack also plays in the team.

Wall said: “We are pleased to have encouraged another club to get involved in indoor hockey. Janet Jack has been brilliant with the team all season.

“They have done really well and this is a double boost to the club.”