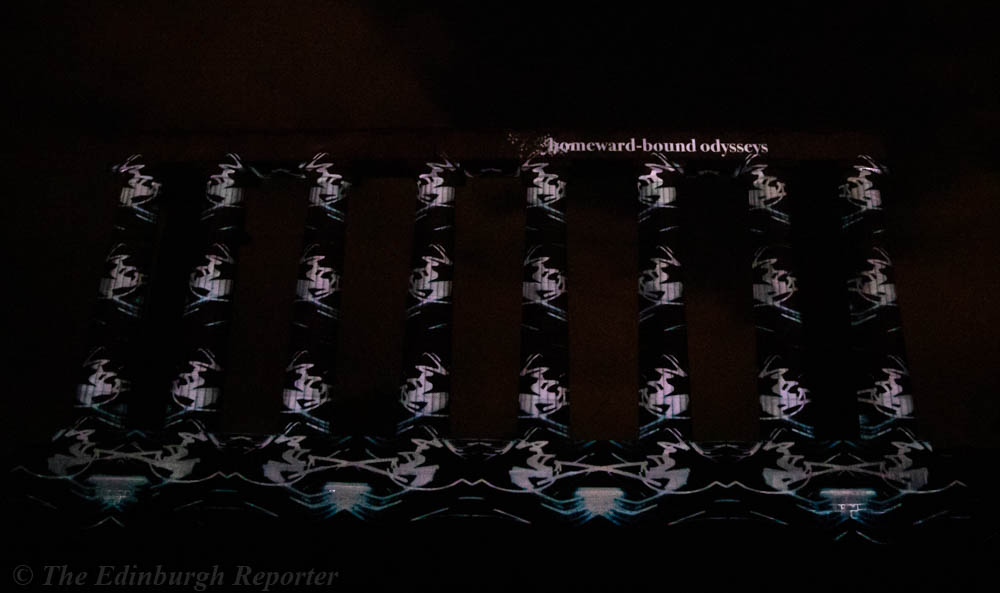 Message from the Skies returned to Edinburgh’s Hogmanay today with a selection of love letters written for Europe. The words of six internationally celebrated writers will illuminate and animate buildings around the city nightly until 10pm and until Friday 25 January.

You can download the Message from the Skies app from the App Store or Google Play to read or listen to the stories.

The 6 buildings and artistic collaborations are:

Guardian columnist and author, Chitra writes a comment piece about her childhood in London, holidaying in Spain, moving to Edinburgh as an adult, discussing her identity as a second-generation immigrant in the UK and in Europe.

Daniel Warren will work with archive and live action footage to tell Chitra’s story; the film will have an accompanying track composed and performed by Emma Pollock.

Bulgarian born, Highland based writer of narrative non-fiction Kapka writes about the origins of Europa, touching on deep time, mythology and legend. She explores how Europe is more permanent and enduring than detailed political ideas that dominate our everyday world.

Founded by Susanna Murphy and Cristina Spiteri, Bright Side Studios is creating images from Kapka’s writing which come into focus before dissolving into nothing. Pippa Murphy brings together a soundtrack which fuses her music with found audio inspired by ancient Greek, Mesopotamian and Gaelic female chanting.

Glasgow-based author of short stories and psychological thrillers, Louise has developed a poetic statement about our shared origins and culture, accompanied by a series of words translated between Scots and European mainland languages which demonstrate that though our dialects are different we can still be understood.

Emlyn Firth will use a typographic approach to illustrate Louise’s work, playing with themes of language and communication.

Stef is one of Scotland’s most exciting young playwrighting talents, here she writes a poetic letter that charts the decline of a relationship, an emotion-laden narrative where celebration and excess collide.

One of the world’s leading historical writers, William considers the Scots’ historical relationship with mainland Europe, highlighting significant archeological discoveries both at home and further afield to demonstrate the deep and long bonds that connect us.

Composer RJ McConnell is creating a jigsaw of musical voices reflecting the different places and eras Dalrymple covers in his writing, while Double Take Projections is bringing William’s story to life through animation.

Scottish poet Billy writes a lyrical letter full of nostalgia and humour to a past love with whom he explored Italy as a younger man.

Billy’s piece will be brought to life by James Houston, who is developing a typographical approach that responds to the rhythm and pace of Billy’s writing. 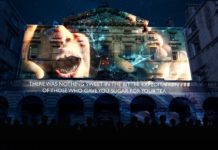 Edinburgh’s Hogmanay – Message from the Skies returns from today 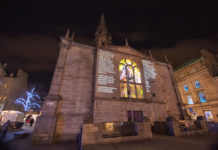 Messages in six locations across Edinburgh

Young writers now feature in Message from the Skies across Edinburgh