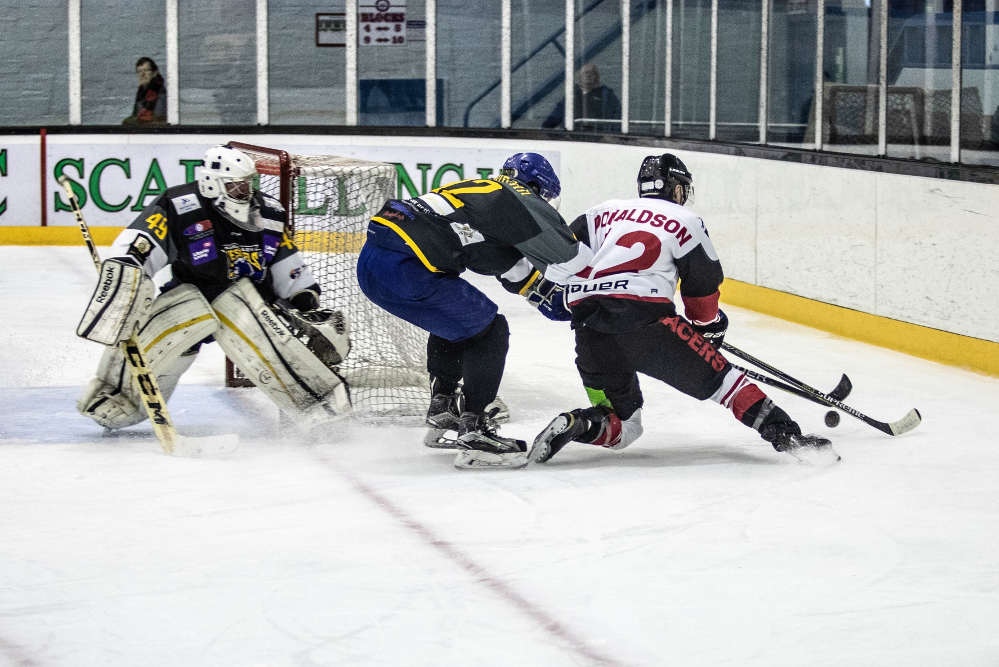 Murrayfield Racers look to have booked their place in the final of the Scottish Cup.

Sean Donaldson was Man of the Match as the Capital combine thrashed Kirkcaldy Kestrels 6-0. Ian Coyle sent us the image.

A large crowd saw the home side win the first period 1-0 and Racers were 4-0 ahead at the end of the second session.

The second-leg is at The Fife Ice Arena on Saturday, March 9 and on this form Racers will be confident of keeping Kestrels at bay on the night.

And their scheduled fixtures with runaway league pace-setters Cardiff Devils was postponed.

Dundee Stars were edged 5-4 after overtime at Coventry Blaze.

And Glasgow Clan were 2-0 ahead at home to Guildford Flames but lost 3-2 also after overtime.