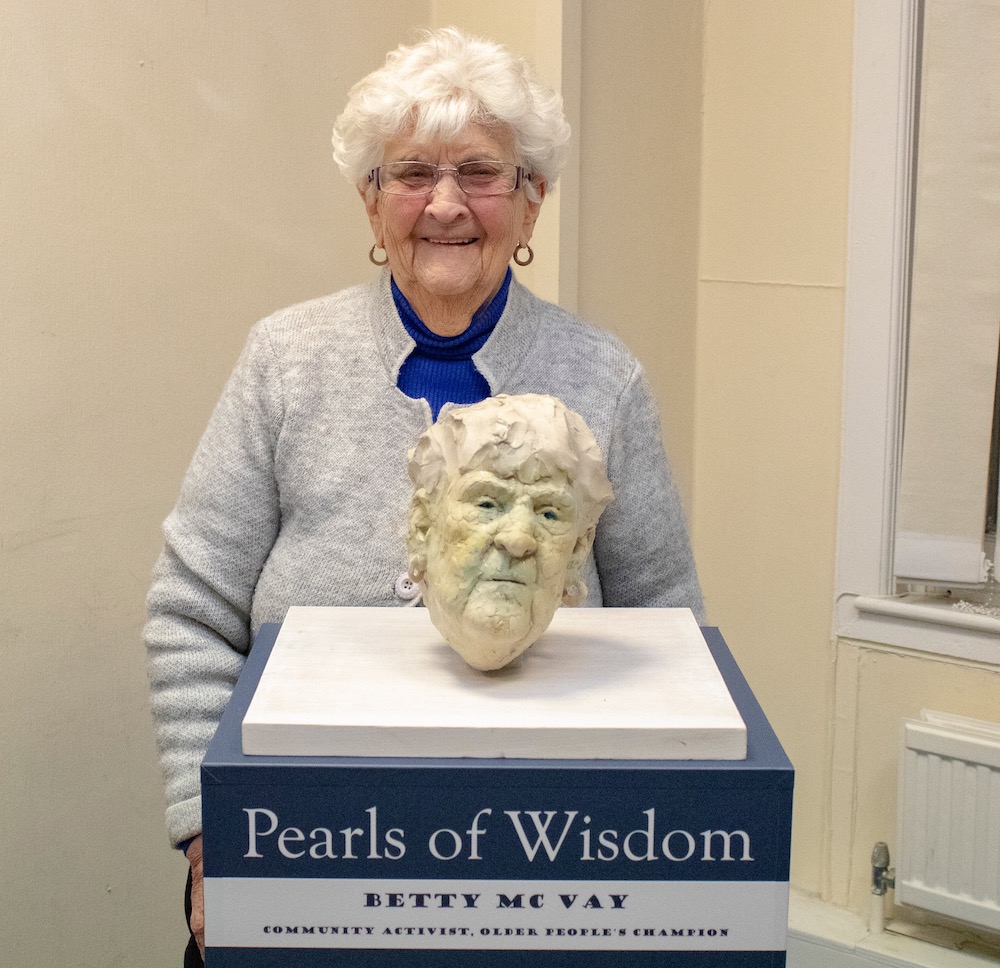 Friends and family of six local people joined them for the unveiling of their sculptures as part of the ‘Pearls of Wisdom’ project organised by Madelvic History Group.

The night was a celebration of a project that has been in the pipeline for a long time.

The group recognised that quite a few people in North Edinburgh have given a huge part of their life over the decades to improve the area for everyone. Madelvic History Group chairperson, Willie Black, said “These six people have all done a huge amount of work in North Edinburgh and that selfish endeavour should be recognised.

“If you go into the town centre you will find some characters on the top of monuments that have a terrible record, but they are celebrated.

Unfortunately, Malcolm wasn’t able to join the group at the celebration as he had a prior engagement.

Local artist Kevin Dagg worked with the group and made the sculptures.

When asked about the future of the project and its roots, Willie Black,  added “We are going to do different things with people we believe are champions of our area.

“We went to a place up at the fire station where they have something similar.

“They have followed people and painted them, the portraits are lovely.

“It took the artist seven years to do them all and we went to meet the artist and to see it.

“There was a local project in Leith Walk about local people stories and I always felt that people would read them if they were in this space.

“These will be rolled out to the shops, the schools and the wider community to display them.

“The project was organised by the Madelvic History Group, we are also creating the archive in Madelvic too.”

Local activist, Betty McVay, said “I just want to say on behalf of the other nominated people what a humble experience it is to sit and listen to people to talk about you for a start.

“I know it’s been a lot of fun and all the people that’s been involved in this have given us all a great deal of pleasure for being involved in something like this.”