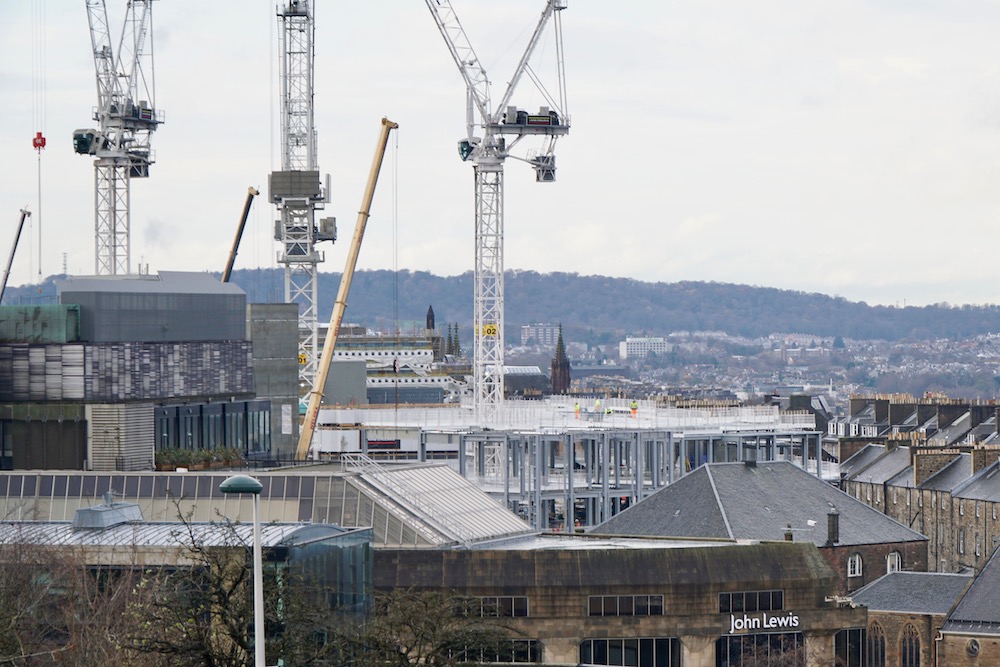 Edinburgh has six Air Quality Management Areas (AQMAs). These are areas where there is a need to reduce certain pollutants, like nitrogen dioxide and fine particulates in the air, so that it meets The Scottish Government air quality standards.

The council has said that they will not set up a seventh AQMA at this time blaming instead an increase in harmful particle matter on the construction of a care home. The report says ‘Queensferry Road data is temporarily affected by demolition and construction work on adjacent land’.

The council’s air quality annual progress report (which you can read below) reveals that “long term trends show concentrations are going down for both nitrogen dioxide and particles”. But the findings also show there are still “a number of hotspot areas where legal standards are breached”.

Environmental campaigners have called for an ambitious Low Emission Zone (LEZ) to be set up to tackle the “toxic, illegal levels” of air pollution. The council pledged in Commitment 18 of the coalition agreement signed at the start of this administration that they would “Explore the implementation of low emission zones.”

The six AQMAs are split –  five for nitrogen dioxide and one for particle matter. Tiny particle matter can be breathed in and enter the blood – causing damage to the heart and lungs. Even low levels of particle matter put people at risk, particularly children and older people. They cover the centre of the city, St John’s Road, Great Junction Street, Glasgow Road, Inverleith Row and Salamander Street.

Particle matter tests at the Barnton end of Queensferry Road revealed a breach of  Scottish standards – but the council say this will not lead them to setting up another AQMA, even though the 24-hour concentration target was exceeded eight times throughout the year.

The annual progress report said: “There was poor data capture at Queensferry Road due to a number of issues with the analyser throughout the year.

“The council has decided that it would not be appropriate to declare an AQMA in this location at this time considering these circumstances, however the investigations will continue.”

Salamander Street has experienced a slight increase in particle matter, amid  a long-term downward trend – put down in part to “concrete crushing activity” at the Albert Docks for construction of the St James Centre.

Air pollution campaigner for Friends of the Earth Scotland, Gavin Thomson, said: “Air pollution is still at toxic, illegal levels across Edinburgh with very little progress being made in pollution hotspots. Twenty two sites in the city are breaching legal air quality limits, most due to have been met a decade ago.

“These figures will bolster the case that we need a Low Emission Zone that covers the entire city and which restricts the most polluting vehicles from entering.

“By the summer, the council hopes to revise its current nitrogen dioxide air quality plan alongside a new city mobility plan – as well as develop specific Low Emission Zone proposals in early 2019. An air quality action plan for Salamander Street AQMA will also be produced.”

“That said, there are still hotspots – some of which are affected by temporary factors such as construction work and we are currently progressing several actions to improve air quality. These include the promotion of cleaner fleets amongst transport providers, the use of intelligent signalling to improve the flow of traffic and work to encourage a modal shift away from car use by encouraging walking and cycling through a variety of schemes.

“Key projects bound to make a real impact on are the development of city centre transformation, which envisions a more active and connected city, our electric vehicle action plan and, of course, plans for a Low Emission Zone. We are currently working with partners to develop detailed proposals for this, and will be consulting with the public on this next year.”

The council has applied for funding to develop the Low Emission Zone which has been confirmed.