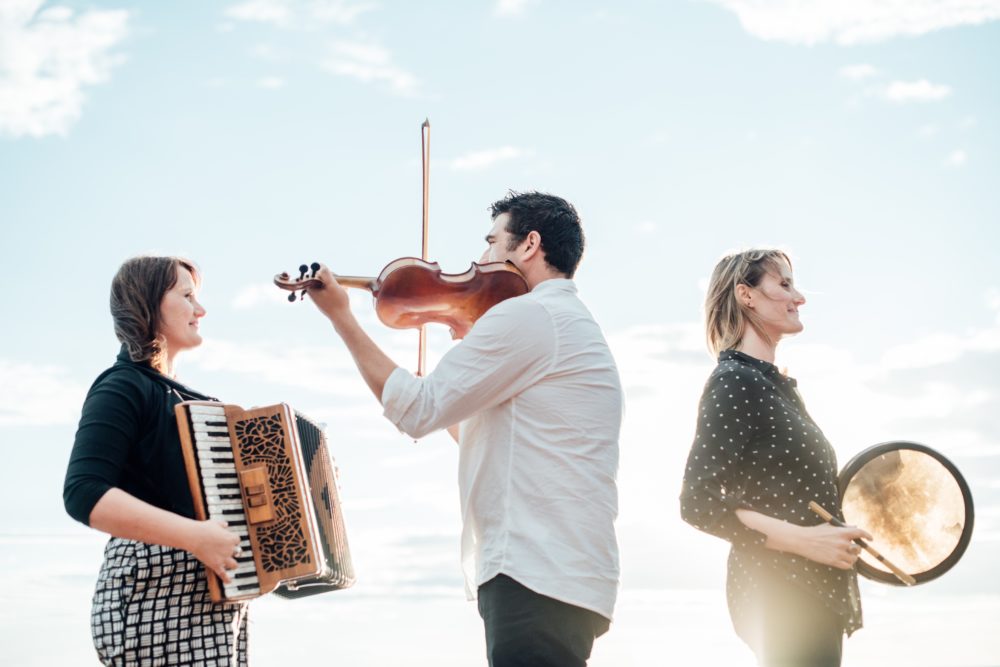 Multi award-winning Acadian trio, Vishtèn celebrate 15 years together with their sixth album “Horzons” and most extensive UK tour to date which includes an appearance at the Traverse Theatre in Edinburgh on 27 January. Flag-bearers for their unique musical traditions throughout the world, the powerhouse trio are currently nominated for six Music PEI (Prince Edward Island) Awards – including Album of the Year and Francophone Artist of the Year.

Having been delighting UK audiences for ten years, since their debut at the Shetland Folk Festival in 2009, they will return to the UK in early 2019 for an extensive tour of 17 dates across January and February, from Inverness to Southampton, including a return to Glasgow’s world-renown Celtic Connections festival on January 31.

The trio’s most progressive release to date, Horizons sees Vishtèn continuing to push the Acadian music envelope, pulling from all three members’ rich musical upbringing and heritage whilst unashamedly drawing from contemporary influences and their continual worldwide travels. The Cajun tradition – spread by Acadians throughout North America – mixes with Celtic and world strands, altogether redefining the possibilities of French-Canadian folk.

Theirs is a supremely impressive, expansive sound that triumphantly defies the traditional parameters of a trio, and a live show that combines song-writing elegance with the dynamism of three truly passionate performers and musical ambassadors.