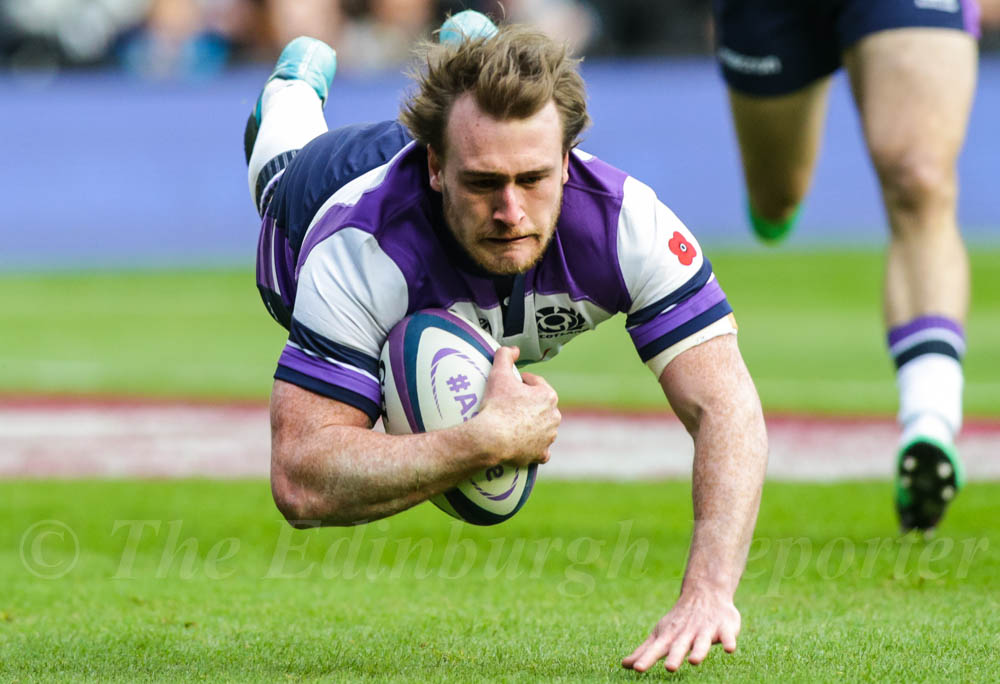 Hogg has been absent from competitive action since having surgery on an ankle injury he sustained in September, while representing his club in the Guinness PRO14.

He is among nine changes to the starting Scotland line-up from Saturday’s defeat to Wales as Head Coach Gregor Townsend rewards several players who performed well off the bench, while welcoming the availability of exile players during World Rugby’s designated international window.

Four such players come into the starting line-up, where Exeter Chiefs lock Sam Skinner is set to make his debut, while half-backs Greig Laidlaw (Clermont Auvergne) and Finn Russell (Racing 92), and wing Sean Maitland (Saracens), are also set to start.

It will be Laidlaw’s first Scotland outing since kicking the match-winning penalty against Italy in the Six Nations earlier this year, securing a third-placed Championship finish for the visitors in Rome.

It will also be the first time the scrum-half – who has captained the national team more than any other player – will lead the side under Head Coach Gregor Townsend.

Glasgow Warriors duo Alex Dunbar and Tommy Seymour return to start in the backs, while Pete Horne is promoted from last week’s bench in Cardiff to partner fellow Warrior Dunbar in midfield.

Debutant Skinner is one of four changes to the pack, with hooker Fraser Brown, lock Grant Gilchrist and number 8 Matt Fagerson promoted from last week’s bench, while props Allan Dell and Willem Nel, and back-row forwards Ryan Wilson and Jamie Ritchie, are all reinstated.

Scotland Head Coach, Gregor Townsend, said: “It’s a more experienced side this week in terms of time together at this level, while we’ve rewarded some of those who performed well off the bench with the chance to start.

“We’ve had a good week in training with a slightly different focus for the challenges we expect Fiji to present this Saturday.

“In particular, they pose huge threats off turnover ball, utilising some of the best individual players, one-on-one, in the world.

“That presents us with an opportunity to consider different approaches tactically and use different strategies to apply pressure in front of our home support.

“Our pack will have to work exceptionally hard against a very physical Fijian side and our backs will have to be alert to opportunities as a consequence of that work.

“We have to be physical and accurate, play to our strengths and put them under pressure in areas they don’t want to go into, to make sure the game is open for us but not for them.”

Newcastle Falcons centre Chris Harris and Sale Sharks back-row Josh Strauss come in to the reckoning for the first time on the bench.