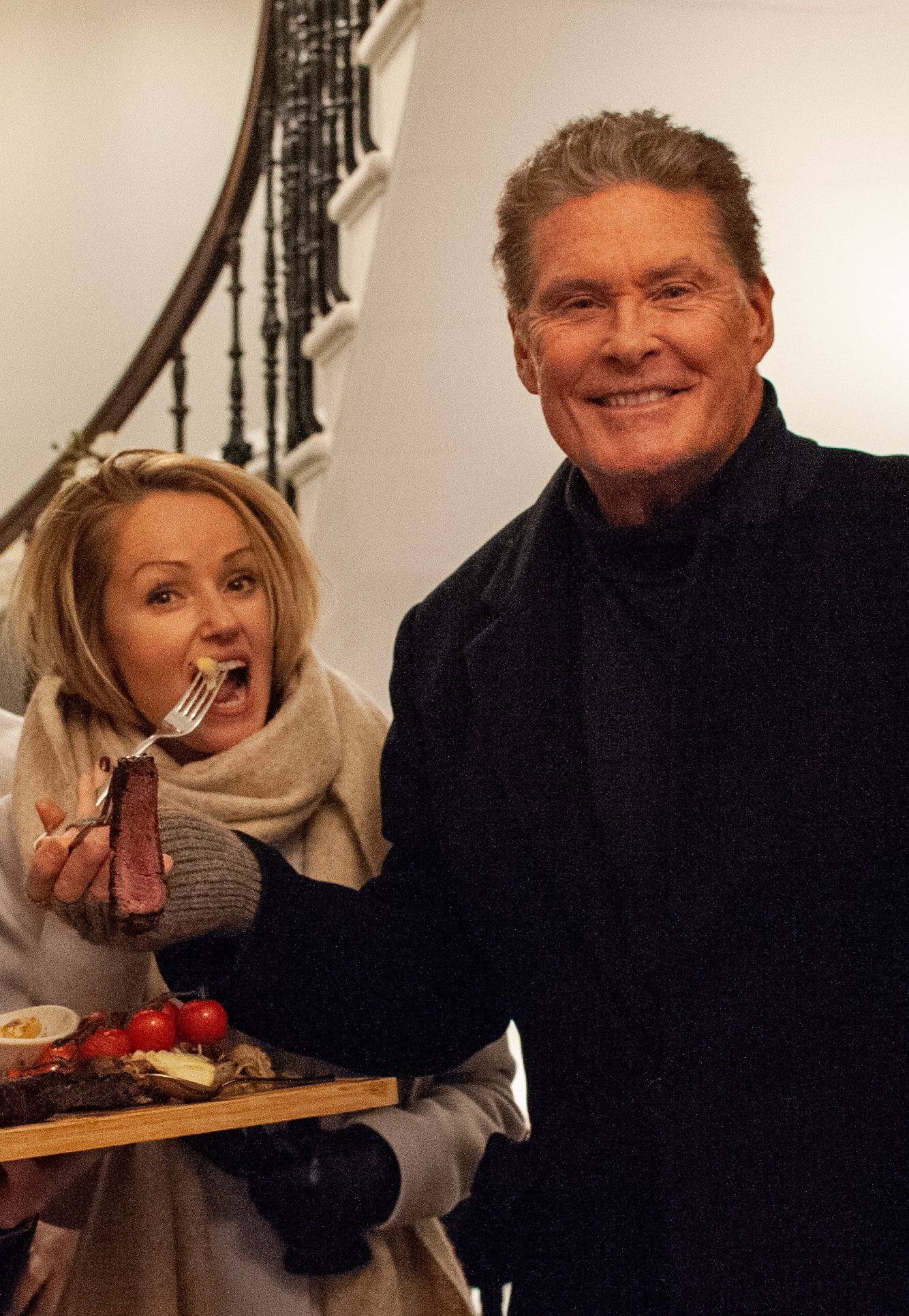 A boutique Edinburgh hotel is to rename its new ‘Cote de Boeuf’ special as the ‘Cote de Hoff’ in honour of David Hasselhoff’s visit to the capital.

TV veteran Hasselhoff checked in to Nira Caledonia for a week-long stay prior to his appearance at Comic Con Scotland – an 80s themed convention at the Edinburgh International Conference Centre (EICC).

During his stay, the Baywatch star was heading into town to a dinner reservation but after sampling the new ‘Cote de Boeuf’ special, he stuck around for a meal in Nira’s restaurant
– Blackwood’s Bar and Grill.

Chris Lynch, General Manager of Nira Caledonia, said: “The Hoff was just passing on his way out to dinner in another restaurant when we were taking pictures of Blackwood’s new
‘Cote de Boeuf’ special.

“He instead decided to join us for dinner in the restaurant – which, naturally, we were all delighted with.

“So, in honour of the Hoff, we’ve decided to name the dish after him. It will be available on the Blackwood’s menu in the next couple of weeks.”

The ‘Cote de Hoff’ is a prime cut of beef, cooked on the bone on Blackwood’s Josper grill and served with vine roasted tomatoes, potato dauphinoise, mushrooms and a special ‘Cote
de Hoff’ sauce – made with black truffle mustard.

Chris added: “The addition of the black truffle mustard really does make the dish something special.

“It was an absolute pleasure to host Mr and Mrs Hasselhoff during their time in Edinburgh. They are a genuine, down to earth couple and appreciated the quiet, secluded atmosphere
of Nira Caledonia and felt very much at home.”

Blackwood’s Bar and Grill features a menu full of fresh, organic and locally-sourced produce, with many of the ingredients found in the city shops in Stockbridge, Marchmont and Leith.

The ‘Cote de Hoff’ is specially selected from Buccleuch beef, solely supplied by Campbell Brothers of Edinburgh who proudly hold a royal warrant as a supplier of meat and poultry to Queen Elizabeth II. It is then flame grilled on Blackwood’s Josper grill, an enclosed charcoal fire which imparts an elegant and delicate smoky flavour to the meat.

The restaurant is part of Nira Caledonia, a 28-bedroom luxury boutique hotel which reopened in May after a £1.4m refurbishment to restore the building after a major fire in August 2017.