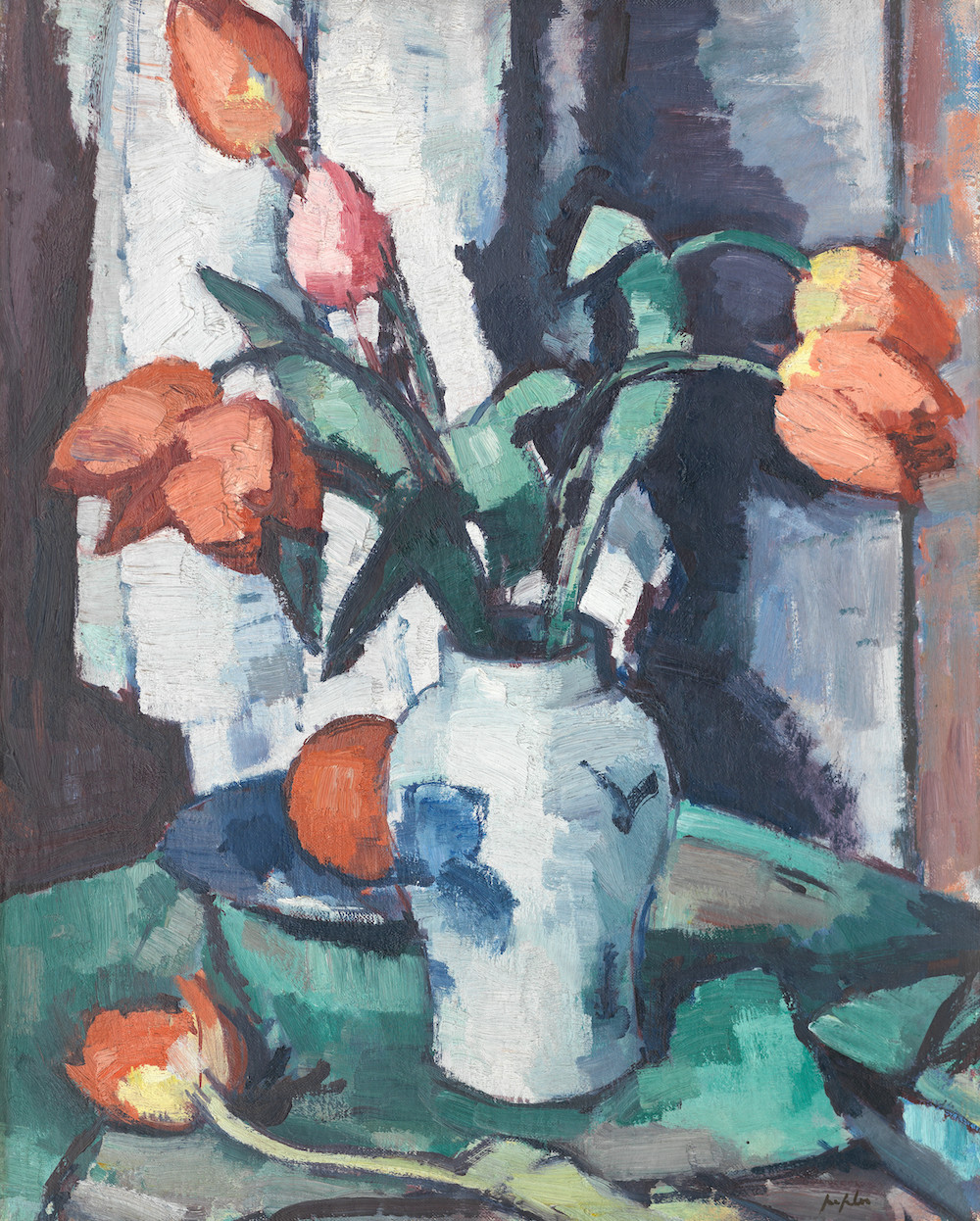 At the end of November the Edinburgh auction house Bonhams will include some important works including that by the major Scottish Colourist, Samuel Peploe (1871-1935) in their Pictures Sale.

Bonhams Head of Scottish Art, Chris Brickley said, “Peploe spent his entire career striving to achieve the perfect Still Life. He would often arrange and re-arrange the same objects – flowers, a vase, fruit – in his attempts to master the never-ending mystery of the relationship between colour and form.

“By the mid-1920s, when Tulips in a Chinese Vasewas painted, he had adopted a bright palette and his assured handling of colour and sophisticated compositional sense had brought him closer to his cherished objective. Peploe works from this period are highly desirable and I expect strong interest from collectors.”

There is also a collection of paintings by the artist and novelist Alasdair Gray (born 1934) which once belonged to Professor Sykes of Strathclyde University. They include Homage to Bill Skinner, a tribute to a remarkable friend of the artist. Bill Skinner had been a shipyard worker and laboratory assistant. He conducted research into particle compression and the Origins of Life from his mother’s home in Otago Street, Glasgow, where he also set up a museum (by appointment) in her parlour. In the 1940s, he founded his own political party, ‘The Scottish Socialist Republic’, of which he was, towards the end of his life in 1973, the only member. Homage to Bill Skinner is estimated at £7,000-10,000.

Hutchie Vale’s Holly to take part in the ‘Big Dribble’ to raise funds for...