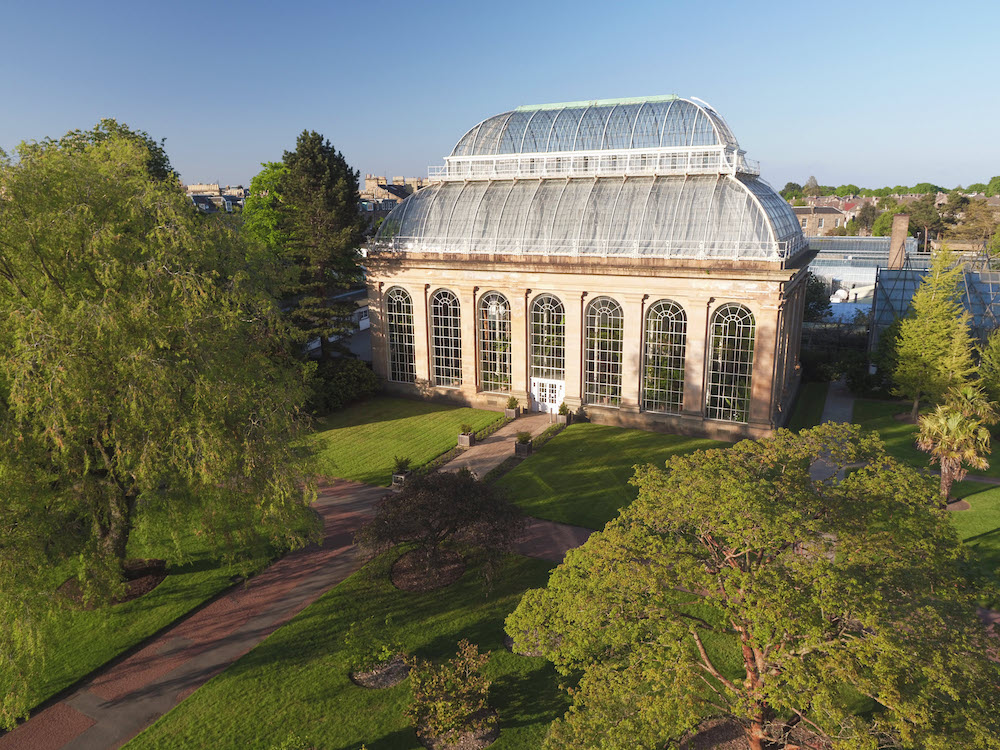 The Royal Botanic Garden Edinburgh (RBGE) has set a new project in motion which they hope will protect its unique and important plant collection.

Edinburgh Biomes will provide a new visitor experience combining the Botanics’ research, horticulture, education and infrastructure facilities. It will also refurbish and rebuild its glasshouses which are such a feature of the garden.

The A listed Victorian Palm Houses and 1960s glasshouses and research glasshouses all now need extensive work. This project which will involve public fundraising will ensure that the garden’s plant collection of 13,500 species is secured for future generations. many of the plants they have are endangered or extinct.

Simon Milne MBE, Regius Keeper of the Royal Botanic Garden Edinburgh, said: “Edinburgh Biomes is potentially the most significant project in the Garden’s history.  We are one of the top four botanic gardens in the world and these proposals will enable us to continue our pioneering work for Scotland and the world.  At a time when 20 per cent of the world’s plant species are at risk from extinction our work is more important than ever.

“Our heritage Glasshouses need extensive restoration to save them for the nation. Our research Glasshouses, critical to the work we do in Scotland and around the world, are well beyond their lifespan and are already suffering during extreme weather.  They will only survive a few more years without essential upgrades. As the seasons pass, the risks are increasing, so prompt action is necessary.

“As part of this project and as guardians of one of the world’s most significant scientific and horticultural resources, we will redevelop our facilities to sustain RBGE as a leader in plant science, horticulture, biodiversity, education and conservation and ensure our collection thrives for generations to come.

“Edinburgh Biomes has the vision and potential to attract, excite and engage people of all nationalities and walks of life.  We appreciate its ambition and sincerely hope that the people of Edinburgh and Scotland will support and share our proposals to maintain our vital work.”

RBGE have initial funding from The Scottish Government to take the project to the planning permission stage, and they continue to work with Ministers on the next stage which will also include a major fund-raising appeal.

If approved, Edinburgh Biomes would be delivered across a staged build to allow for the decanting and relocation of seasonally sensitive plants over several years.

A new, efficient, eco-friendly and sustainable energy centre, and state-of-the-art plant health suite will be formed to replace its existing facilities at the Nursery to the north of the main Garden.

The new plant health suite will provide a safe propagation environment. The new energy centre will introduce ground source heat pumps which, coupled with new low heat loss pipework, will reduce the carbon footprint of the Glasshouses by 12 per cent.

The proposals for Edinburgh Biomes are in the initial stages and RBGE will be holding a series of Public Consultations at the Gardens on Thursday 22 November and Thursday 10 January.  You can find out more information on Edinburgh Biomes here.