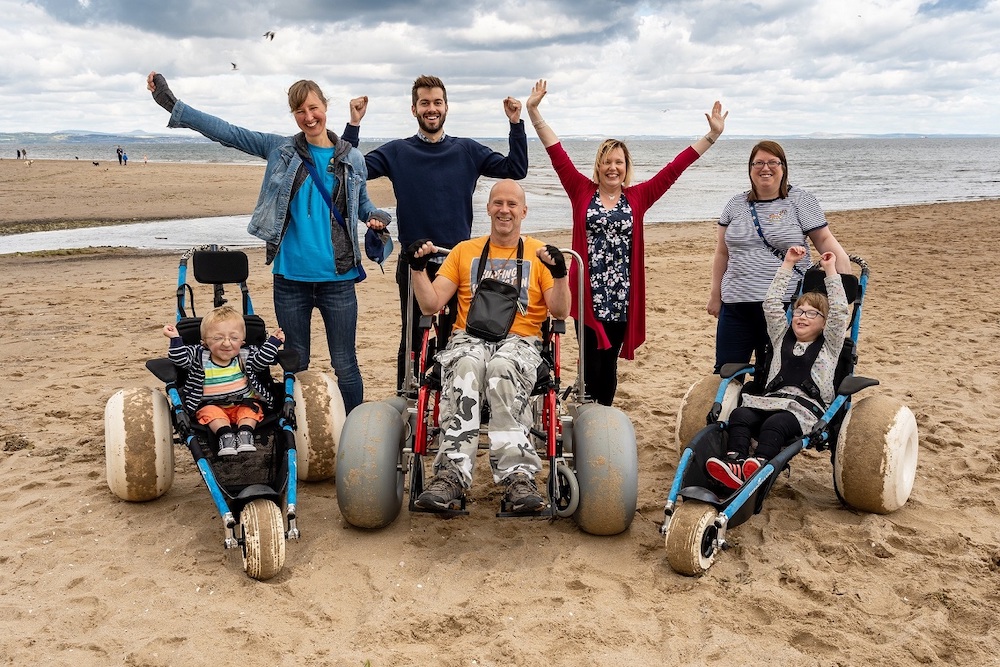 The specially designed three-wheeled chairs which are able to move over the sand easily are available from the newly painted and fitted out container which is their office. The container is sited in the car park at Tumbles off Westbank Street and now it has a lovely colourful design thanks to Barratt and the Edinburgh based artist Louise Smurthwaite.

Cara McCormick said : “I’d like to take this opportunity to thank those that have made all this possible. Portobello beach wheelchairs was set up following the tried and tested North Berwick model and once we had our container and chairs in place the Primary 4’s from Towerbank school had a competition to design the outside of the container. The winning designs, recreated by Louise, are fantastic and capture the essence of fun and happiness drawn by the children.

“We could only transform the container with the funding from Barratt Homes, who have been wonderfully supportive and enabled us to have such an eye catching container here on the Prom. It is fantastic to see a national housebuilder supporting such a valuable local community project.

Ms Denham, Minister for Community Safety, said : “It was an absolute pleasure to attend the official launch of Beach Wheelchairs Portobello. It’s such a fantastic project and a wonderful asset to Portobello. It was lovely to be joined by two of Towerbank Primary pupils whose winning designs are featured on the container and it is only through the support from members of the community and local and national businesses that have all made the initiative possible.”