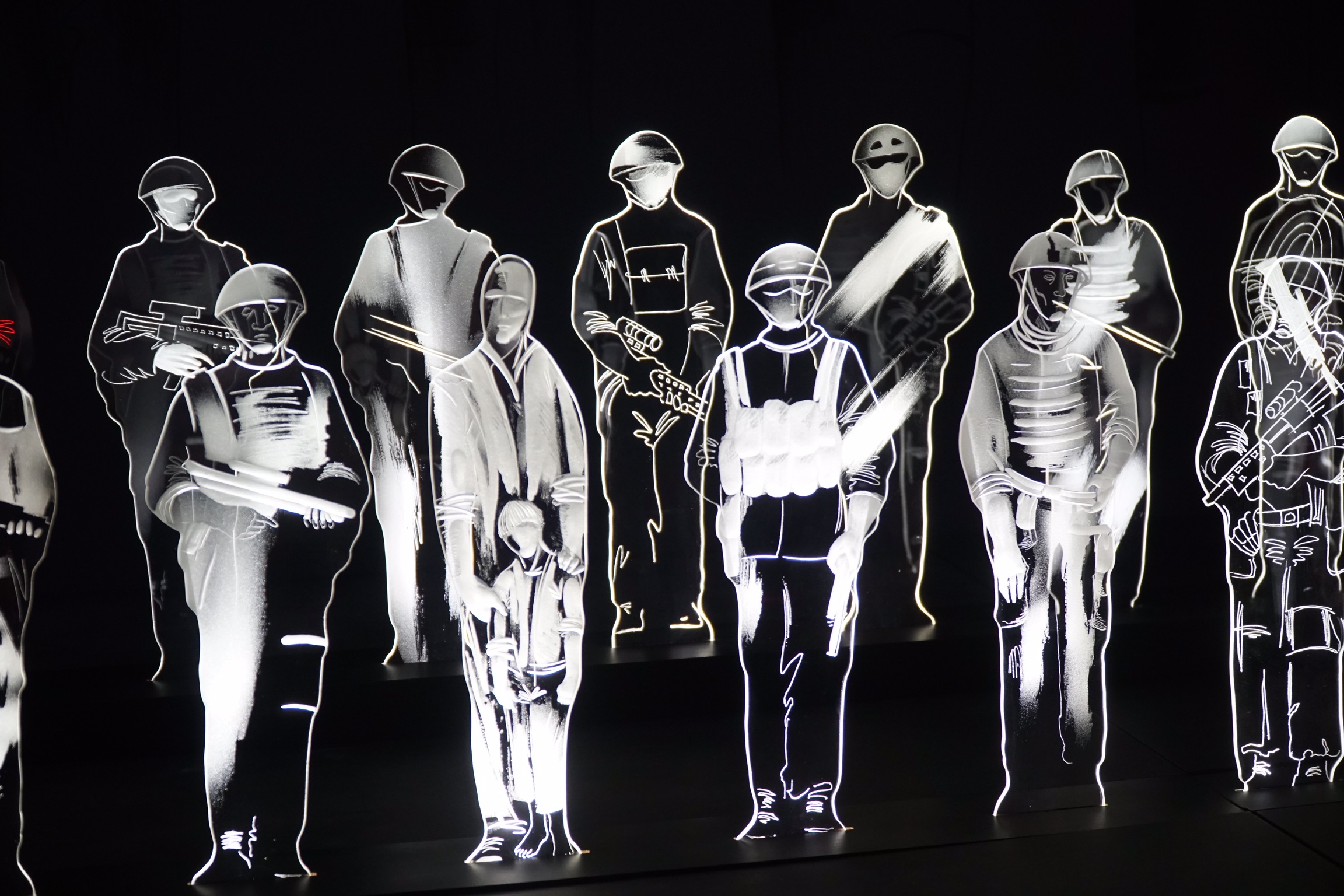 Alison Kinnaird has worked with glass for about fifty years and the installation she has just placed in St Giles shows the depth of her craftsmanship.

She told me that she was so moved by war and ongoing conflicts that she had to use her skills to create something to make people stop and think.

Alison used glass to recreate the fragility of life and engraved each figure so that it is unique. The art of wheel-engraving with diamond or copper wheels produces a low relief sculpture. These are then inserted into slots in a table and lit with an LED light from beneath creating both an eerie and affecting sight.

She began the project on her own in 2012, creating one figure at a time. It was not a commissioned piece, and resulted from her own strong feelings about war, growing to become an army of figures.

The installation was first displayed at The Scottish Parliament in 2014 and has toured Scotland since then.

It will be on display just inside St Giles Cathedral until 15 November.

Alison Kinnaird was born in Edinburgh and studied Archaeology and Celtic Studies at the University of Edinburgh. In 2002 a Creative Scotland grant allowed her to produce Psalmsong which combines light and glass and which is in the Scottish Parliament collection

There are some civilian figures in there too – see if you can find them!