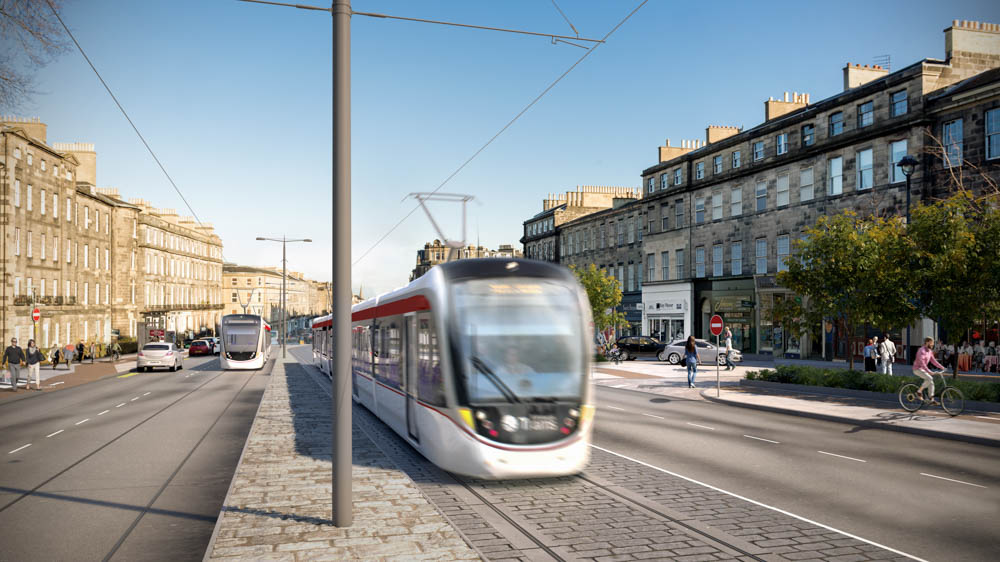 Earlier in the summer, the Council’s Trams to Newhaven project team embarked on a major public consultation inviting residents and businesses to help shape designs and plans.

After a huge response, which generated more than 8,000 separate pieces of feedback and led to a series of dedicated design workshops to examine and address key issues in greater detail, the refined plans are now ready to go on public display, along with a selection of new visualisations of how trams could look on the route.

Transport Convener Councillor Lesley Macinnes said: “We’re enormously grateful to everyone who took the time to have their say on our draft proposals earlier this year. It was a fantastic response and it’s allowed us to ensure the refreshed designs and plans are truly community-led, reflecting the community’s needs, wants and aspirations for the project – both during and post construction. Come along to one of our drop-in events and find out how your input has helped refine the plans.”

A number of aspects of the design have been updated following the early summer consultation. In particular, a new road layout is planned between Pilrig Street and Foot of the Walk with improved provision for pedestrians, cyclists and loading/parking and introducing a segregated cycleway for the full length of Leith Walk. The Balfour Street tram stop has also been moved to safeguard local access to Balfour Street.

Andy Keba, Sustrans Scotland’s Head of Strategic Partnerships said: “Linking the community of Leith to the city centre for people travelling on foot or by bike has been a long held ambition for local people.

“Having taken part in a very constructive consultation process over the summer, Sustrans Scotland are pleased to see this ambition realised in the latest designs for the tram.

“We welcome the inclusion of wide pavements and segregated cycleways along the length of Leith Walk. We hope this is will make it easier and safer for more people to travel by foot and bike between the city centre and Leith.” Three public drop-in events have been organised to share the updated plans: an exhibition on Tuesday 2 October 2-7pm at Out of the Blue Drill Hall on Dalmeny Street, followed by two ‘meet the team’ events on Saturday 13 October 12-5pm at Ocean Terminal and on Monday 22 October 2-7pm at McDonald Road Library.

Councillors are due to consider the Final Business Case for the Trams to Newhaven project in December.

A consultation with local businesses to gauge their views on a raft of Support for Business proposals has been extended from four weeks to six weeks to allow as many businesses as possible to feed back their thoughts and ideas. This consultation will now run until Sunday 14 October.