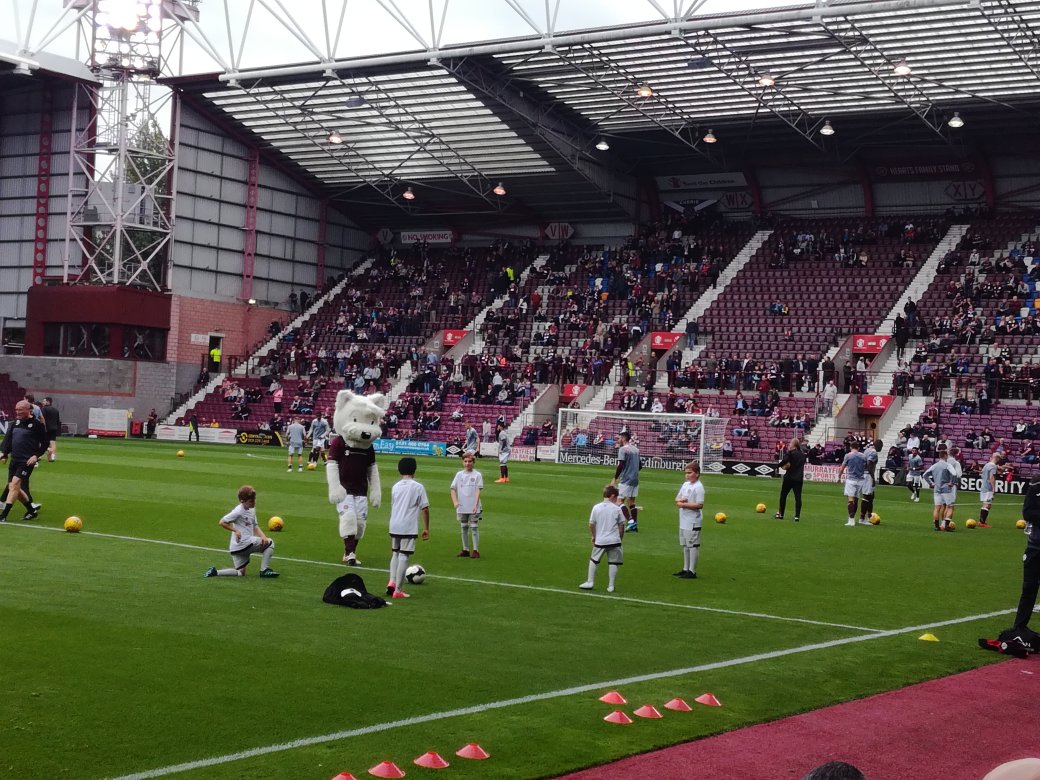 Hearts stretched their lead at the top of the Ladbrokes Premiership to five points on Saturday after a five-star first half performance saw them demolish St Mirren at Tynecastle. A hat-trick from Steven Naismith added to an Olly Lee strike saw Hearts go in 4-1 ahead at the interval and while there were no more goals in the second half it was a fine afternoon’s work by the Maroons.

With manager Craig Levein recovering at home after being in hospital at the beginning of the week, it was left to his assistant Austin MacPhee to take charge of the team although Levein still had the final say on team selection from his sick bed.

Two changes were made to the team that defeated Kilmarnock seven days ago. Demetri Mitchell, having returned to Tynecastle for another season-long loan from Manchester United, came into the side along with Steven MacLean. Jake Mulraney and Callumn Morrison made way.

Hearts made a blistering start to the game. After Michael Smith’s effort on goal flew just over the crossbar, the boys in maroon went in front in the fourth minute. Uche Ikpeazu was fouled by Baird in the penalty box leaving referee Kevin Clancy no choice but to award a spot kick. Steven Naismith did his usual efficient job from the penalty spot to give the home side an early lead.

If the Maroon Army thought they could settle back and enjoy a goal feast they were temporarily mistaken. After McGinn went close for the Buddies, the Paisley Saints drew level in the 20th minute when Jimmy Dunne could only knock Cammy Smith’s cross into his own net.

Hearts were stunned – but not for long. Ten minutes later, Dunne launched a ball forward which was inevitably nodded on by Uche Ikpeazu towards Naismith. The on-loan Norwich player nodded further to Olly Lee who buried the ball into the net beyond Samson, the hapless Saints keeper.

After a sublime overhead kick from Demetri Mitchell smashed off the Saints crossbar, the home side went 3-1 ahead four minutes before half-time. Ikpeazu nodded on a corner towards captain John Souttar whose flick found Naismith who headed home.

Two minutes later, remarkably, it was 4-1 to the Jambos. A great run from Peter Haring set up Naismith who duly completed his hat-trick when be pushed the ball past Samson.

Little wonder the Hearts players left the field to a standing ovation at half-time.

The visitors made a decent fist of trying to get back into the game early in the second half, but Hearts continued to look dangerous every time they moved forward.

There were no more goals, but it was a highly entertaining game and another impressive performance from the league leaders. If they can fix their defensive flaws – better teams than St Mirren will expose obvious weaknesses at the back – then Hearts may well offer a challenge at the top end of the league this season.

Certainly, they are a different animal from the occasionally lacklustre side of last term.

With the international break now upon us, Hearts will enjoy looking down on the rest of the Ladbrokes Premiership for the time being.

Mike Smith’s new book – The Team For Me: 50 Years of Following Hearts – is available to order now. Details here.