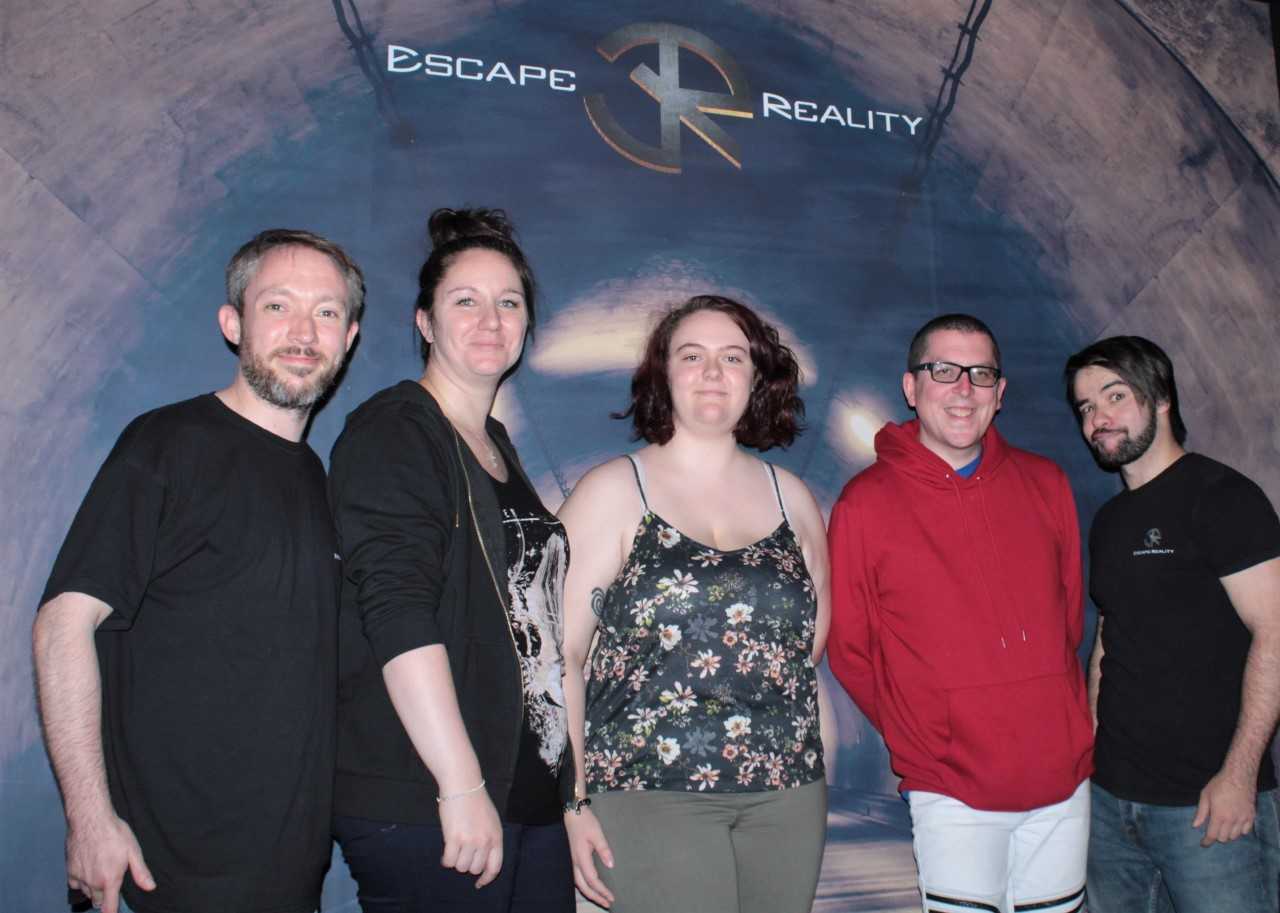 Home Culture Health and Wellbeing Escape Reality ‘mazeophobia’ event
Share
Facebook
Twitter
Pinterest
WhatsApp
Print
Scotland’s first mazeophobia behavioural therapy event, organised by Escape Reality, Edinburgh’s newest and number 1 escape room, has proved a success amid plans to roll-out U.K. wide.
The mazeophobia event invited three participants who said that they have mazeophobia in a recent survey conducted by Escape Reality.
Mazeophobia, the scientific name for the fear of being lost, is caused by the emotional unsettling of being in an uncomfortable or unknown place.
From the initial research, a quarter of those taking part said that they get scared of being lost in unfamiliar surroundings, whilst just under half said that the feeling of being lost is unsettling.
The participants, Samantha Beagley, Colin McCartney and Stephanie Spence, were invited along to Escape Reality to take on an escape room.
To accommodate their mazeophobia, the participants were allowed to bring their own friends along, the staff also allowed – for one time only – longer than the 60-minute escape room time limit, they were told extensively where the exit points were and the staff were always close by in case they wanted to leave the room.
Alice Hall, Operations Manager at Escape Reality, explained how it worked : ‘’Our research highlighted that mazeophobia is a silent and rather unknown phobia that is going unnoticed in Scotland.
‘’As soon as we found out this information we set about organising Scotland’s first mazeophobia event in Edinburgh.
‘’The feedback we have received from the staff, the participants and everyone involved, indicates that the event was a success.
‘’This has given us the fuel to look at expanding these events throughout the U.K.’’ Speaking before the event, Colin McCartney, 38, said: ‘’I do get anxious sometimes. Just recently I was walking through Blackpool train station and I didn’t know where I was going. So, my anxiety was pretty high.
‘’New places do make me nervous. I do try and combat it by trying to put myself out there more. Sometimes you just need to battle it.
‘’I am nervous about the event because I’ve never done the room before – it’s a new environment – but I want to jump into it.’’
Mazeophobia isn’t recognized in any medical dictionaries or psychology textbooks yet, but treatments do exist for patients, such as cognitive behavioral therapy or systematic desensitisation. The process allows patients to become exposed to situations of being lost or being uncomfortable, analysing the negative thoughts and helping see things more steadily in a ‘baby steps’ approach.
People with mazeophobia are encouraged to always have a fully charged phone with GPS on them, an insight that Samantha Beagley, 33, agreed with: ‘’I don’t have a great sense of direction. I can get lost quite easily.
‘’It’s not so much a fear I have because I have Google to help guide me. If I don’t have signal and Google maps then there could be a problem.’’
People who have mazeophobia are sometimes restricted to not leaving the house without company, as well as feeling anxious or distressed.
Speaking before the event, the final participant, Stephanie Spence, 20, a student based in Glasgow, stated her excitement: ‘’I’m excited to be here with my friends. I’m happy being in my own bubble but if I do stray into new places I can become unsettled. I’m glad my friends are here with me.’’
All participants took to their respected escape rooms with their friends and all managed to escape within the original 60-minute timeframe.
After escaping, ecstatic Colin, said: ‘’I feel great. I’m buzzing. It was a fantastic feeling beating the room and being there with my friends.
‘’It actually really helped my anxiety. It helped me relax, keep calm and remain focused.
‘’It was therapeutic. I love a challenge and feel that it helped my mazeophobia.’’
Samantha Beagley said: ‘’I’m so glad we did that. I feel that doing these things can help people who feel uncomfortable in new surroundings combat that unsettling feeling.’’
Stephanie Spence said: ‘’I’d encourage anyone who feels unsettled in new and unfamiliar situations to consider doing an escape room. I feel that it has helped.’’
Escape Reality Edinburgh