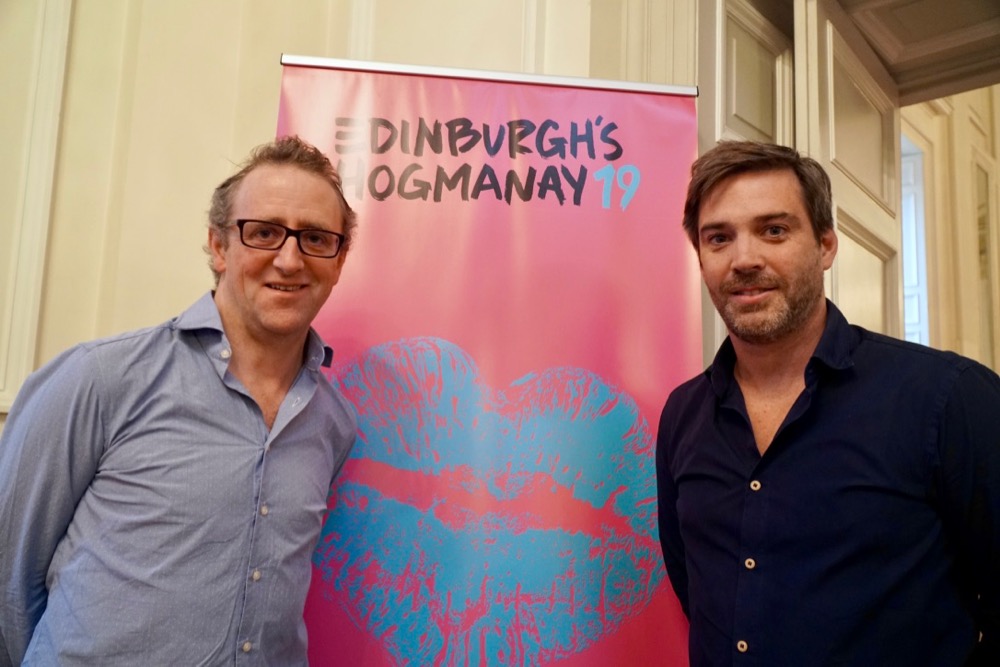 At this morning’s launch of the full programme for our end of year festivities, Underbelly director Ed Bartlam explained that Underbelly, as producers of Edinburgh’s Hogmanay, will use volunteers or ambassadors once again – and they are pleased to do so.

He felt that last year the message had not been made clear, and he was anxious to dispel the myths which made the headlines ahead of last year’s event. 2018 was the very first year in the company’s 18 year history that they had ever thought of using volunteers or ambassadors.

Last year 55 people volunteered with most taking part in the Torchlight Procession and 24 offering their services at the Street Party.

Bartlam told The Edinburgh Reporter : “We are bringing back the Ambassador programme and we hope that some people will join us as volunteers this year. We hold our hands up and say that we didn’t get everything right last year. We could have communicated everything better but we did it with absolutely the right intentions.”

Ed Bartlam of @FollowTheCow spoke to us earlier. He is keen to recruit volunteers for this year’s @edhogmanay and explains why… pic.twitter.com/zzWqHZG4Te

92% of those who did volunteer last year reported that they were very pleased with their experience and they would do it again.

Bartlam was anxious to point out that the volunteers or ambassadors were not used as replacements for employees. They employed 2,813 people last year who are all paid the National Living Wage or higher. In fact, he claimed that they employed more people just to give the volunteers their chance at helping out.

They abide by the council’s Volunteers’ Code of Conduct which was set down this year by the City of Edinburgh Council. (See the full code below)

Mel Hill was a volunteer last year and she feels she got a lot from the experience.

Underbelly is a significant employer in the city with 375 temporary or permanent members of staff, 605 artists and support and around 636 members of staff employed by contractors. In addition 1177 security personnel were contracted for the three days.

So in total 2,813 people were either directly or indirectly employed to work at Edinburgh’s Hogmanay 2018 excluding the emergency services.

The company states in the Annual Report on the event that all staff were paid at least the National Living Wage regardless of age and there were no zero hours contracts.

Edinburgh devised a code of conduct for volunteering at its world-famous festivals and events in the summer 2018.

In an effort to promote best practice across the city, and to support the city’s volunteers and festivals, the Code of Conduct which was a collaborative process led by the Council with input from Festivals Edinburgh, Trade Unions, Volunteer Edinburgh, Volunteer Scotland  and  will be recommended for inclusion within Council policy and will be available for events organisers to download.

Councillor Donald Wilson, Culture and Communities Convener, said: “As the world’s leading festival city, Edinburgh offers some of the most sought after volunteering opportunities available. They provide people with the chance to be part of the beating heart of Edinburgh’s festival celebrations in August as well as at Hogmanay, and are proven to help individuals develop incredible career and social skills, meet new friends and build a stronger relationship with the city.

“Because of this, we recognise we have a responsibility as the Festival City to promote best practice. We also want to ensure our festivals provide positive experiences for all who take part. That is why we have worked with relevant partners and festival bodies to develop this draft set of guidelines, which set out a standard we hope and encourage festival and events organisers and others to adopt.”

The new 10-point guidelines were developed with input from festivals and welcomed by members of the Culture and Communities Committee in July this year one year on from the 70th anniversary of Edinburgh’s festivals which were some of the busiest and most successful on record.

The code requests that: