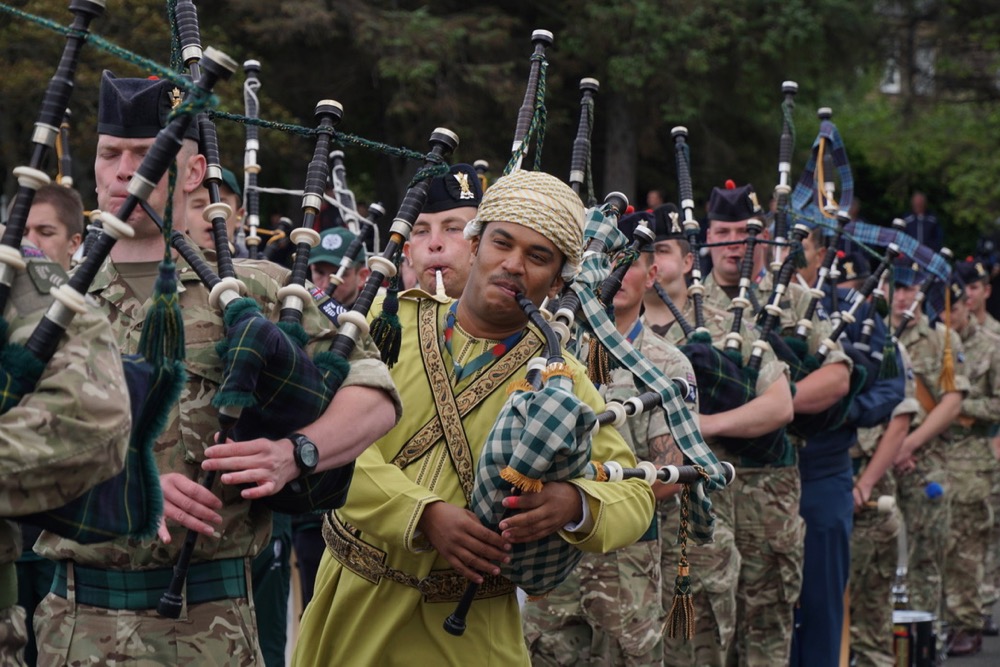 As we did not make it to the preview last night on the esplanade, we share our photos from the working rehearsal of the Tattoo at Redford Barracks earlier in the week.

There will now be nightly fireworks after each performance, and you can time those to the minute as the event is truly run with military precision.

Although this was not a dress rehearsal none of the complex timing or perfection was lost during the performance. This year’s theme is the Sky’s the Limit marking the centenary of the RAF. 300 young people will take part to celebrate Scotland’s Year of Young People.

But it was the beautiful Arabian horses from Oman and the accompanying all-female marching band who look set to be the stars of the show.

And this year the Banda Monumental de Mexico will infuse the show with high energy Mariachi music and dancing. The Secret Drum Corps from Switzerland will make their welcome return to the capital.

The cast of the 2018 Tattoo performed, in working dress, a full run through in front of invited members of the public. The locals came from residential and care homes in the area along with people who live in Colinton.

The show is the result of months of hard work in various parts of the UK and all around the world.

Around 800 musicians and 400 other performers will deliver an integrated score for more than 40 instrument types on tens of thousands of sheets of music.