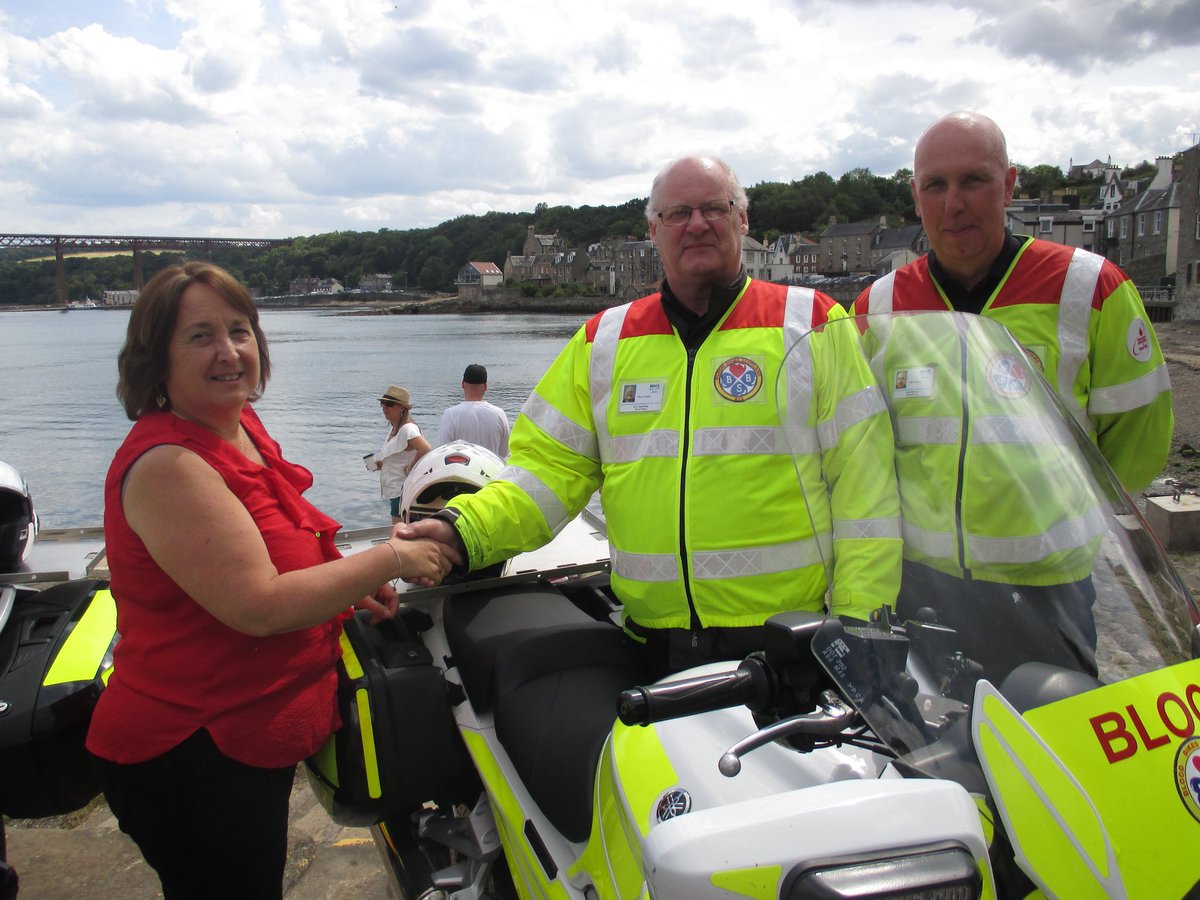 Ms Jardine met Ron Spalding and John Baxter from the charity in South Queensferry to discuss the service  and their volunteers.

Blood Bikes Scotland carries test samples from GP surgeries
to Hospitals, like the Western General, working with other services across the
U.K.

Their exceptional work was recognised at the Scottish Charity Awards 2018, where they took the People’s Choice prize.

Ms Jardine said: “Blood Bikes Scotland is a fantastic service run entirely by volunteers in their own time. It was a pleasure to meet with Ron and John to hear about what they do.

“The service they provide isn’t duplicating NHS work and is saving NHS Lothian thousands of pounds.

“Blood Bikes deserve our respect, admiration and support for what they do.
“ Though it’s run by volunteers, they still need funding and I think it’s vital we all do what we can to support this fantastic service.”