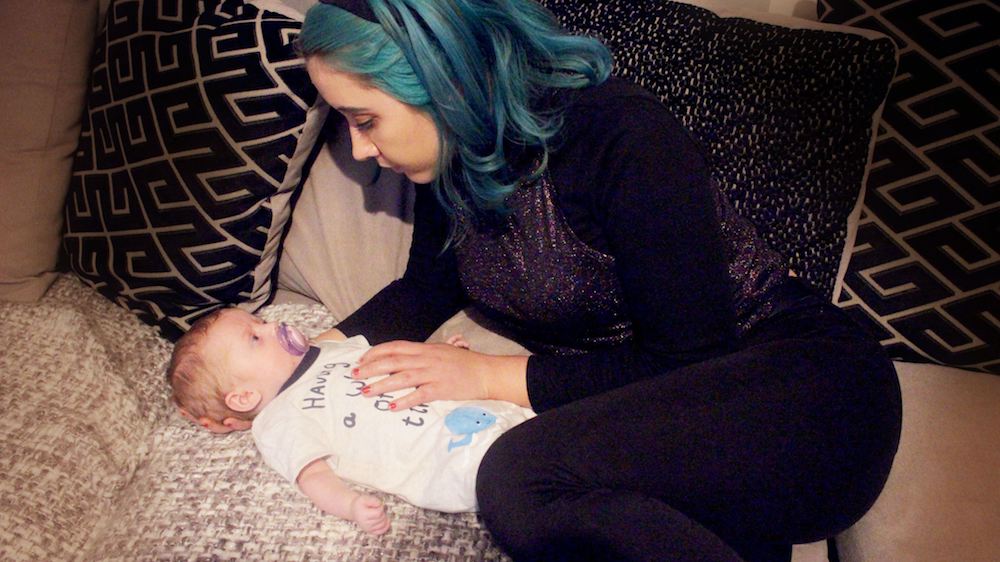 ‘I’ve got two choices; work in a shop for the rest of my life, or have a baby.’

Brenda is sixteen. No-one in her family has ever been to university. As she says;

‘It belongs to them. It’s their place.’ In Brenda’s Got A Baby, writer Molly Rumford explores the choices, or lack of choices, for working class women today. Despite endless political talk about greater access to higher education, the vast majority of university students still come from middle-class backgrounds. Why is this, and can – and should – things change?  Brenda’s Got A Baby avoids stereotypes and instead allows women to speak for themselves. What they say (as opposed to what we might think they’re going to say) is extremely interesting. The play, which is based on interviews with working class young women, many of them mothers, is set mainly in Amy and Brenda’s family living room. Brenda has her life planned out; her boyfriend Alex is going to look after her and the inevitable baby, so she won’t need to worry, or to work. Amy meanwhile is waiting to find out if she has a place at university; her offer arrives at exactly the same moment that Brenda discovers she’s pregnant.

How the girls’ lives pan out is shown in a series of scenes set over the next three years, interspersed with recorded interviews with young mums. We might expect Brenda’s life to spiral downhill as Amy’s star rises, but in fact both girls face many challenges. Brenda has no money, Alex (who is never seen) can’t get a proper job, and she is still living with her own Mum long after the birth of baby Tommy. Although teenage motherhood is commonplace in their community, Brenda’s friends are busy leading their own lives. She is jealous of their ability to go on nights out and wishes she had enough cash to buy Tommy presents, but despite it all she loves her baby;

‘My only real friend is Mum, but I’ve got you and you’re worth it.’

From the stroppy, selfish teenager we see in the opening scenes, insisting on getting into her dance kit even though she’s vastly pregnant, Brenda gradually develops into a capable, responsible adult, who somehow makes ends meet and starts to plan her future. Once Tommy is two she can access 15 hours of free childcare, and although she will need back-up from her Mum, she starts to look for jobs, eventually finding employment in a supermarket. She is clearly happy with her life;

She still doesn’t want to go to university (indeed, when she visits Amy at hers, she hates it, and it is she who calls out male sexual harassment in a college bar, while Amy says ‘that’s just what happens’.) Actress Leah Hand skilfully demonstrates Brenda’s growing maturity as, purely thanks to her own determination and persistence, the balance starts to tip in her favour.

Amy meanwhile finds that getting into university is just the start of her problems. The excellent Katie Mahon ably conveys Amy’s frustrations and fears. Fellow students laugh at her accent and think she’s thick. She lacks confidence in her academic abilities and feels she has to work twice as hard as anyone else to keep her head above water. She enjoys a good social life, but still feels she doesn’t really fit in – yet when she goes home, she doesn’t fit in there either. Her old friends aren’t interested in her university life; all they want to know if when she’s going to get a boyfriend and a baby. She is caught between two classes. And on graduation she struggles just as much as Brenda to find a job. Few doors have been opened for her.

Brenda’s Got A Baby shows us that, for working class girls, there is no easy answer. The play sweeps away prejudices about young mums, not only in the way that Brenda takes control and makes a success of her life on her own terms, but also through its recorded material. The girls interviewed are not ‘scroungers’, neither are they stupid. They are frank about their shock at finding themselves pregnant, they explain how difficult it is to claim Universal Credit, to manage on just £80 a week and to find a job that fits in with 15 hours of state childcare, but they never complain. Instead they are unrelentingly cheerful, grateful for any extra support they get from their families (but understanding of their Mums’ need to have their own lives), working as hard as they can, and determined to make a better future for their children;

‘I will only get out of my parents’ class if I get out of it financially; I’d be the bridge to my children being middle class.’

‘It’s really life changing…this is life from now on.’

For all their bickering, Amy and Brenda are ultimately very caring towards one another. They find it hard to understand one another’s life choices, but by the end of the play they have accepted their differences and grown even closer.

Brenda’s Got A Baby succeeds in telling a good story while at the same time highlighting some of the issues faced by working class girls. Mahon, Hand and Rumford, all from council estates themselves, have not only researched the stories of working class women, they’ve followed this up by establishing a local parent support group. Their theatre company Bloomin’ Buds, aims to increase access to opportunity and to the arts for people from lower and working class backgournds.

Brenda’s Got A Baby is at theSpace on North Bridge (Venue 36 – NB this is now on the first floor of the Hilton Hotel) until 25 August (no show on 12 and 19 August). Tickets are available from the Fringe Box Offices or online here. 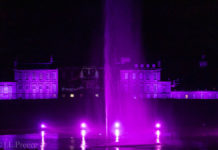 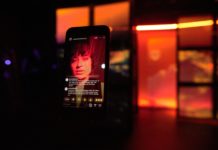 What’s on – shows to be streamed from The Traverse Theatre 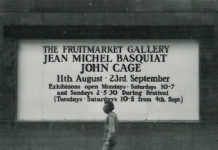