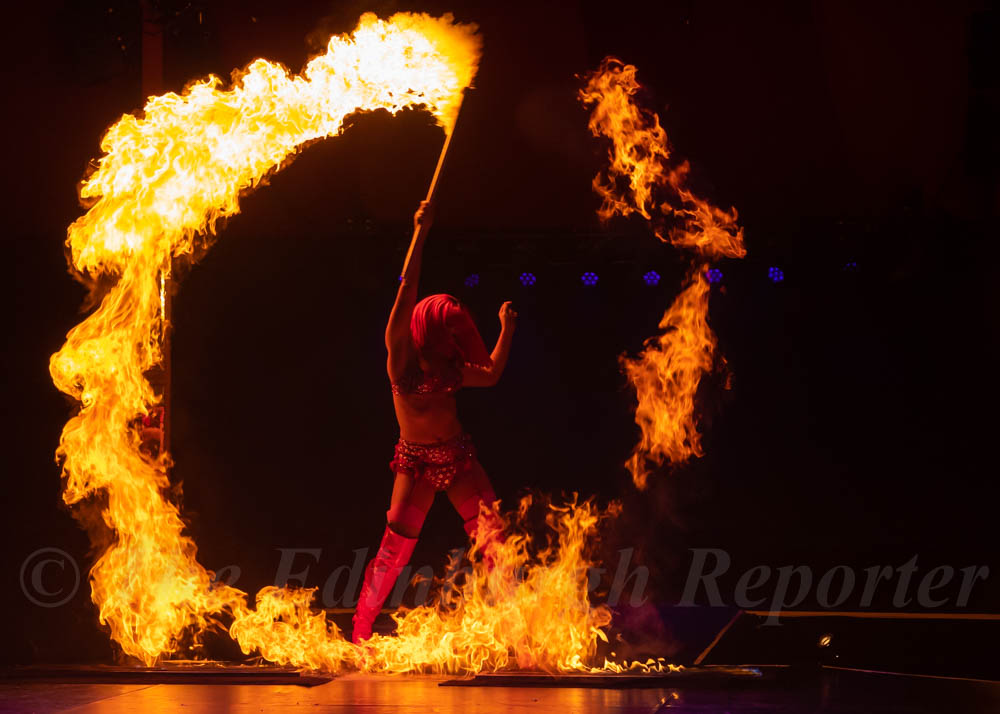 To mark the 250th anniversary of circus in the UK, this morning (Thursday) a very special showcase performance was presented from The Beauty (spiegeltent) at Underbelly’s Circus Hub, the first and only venue at the Edinburgh Festival Fringe dedicated to circus.

Hosted by the fabulous Bernie Dieter (Little Death Club), Udderbelly presented a showcase of the development of circus, from the traditional through to the contemporary as performed by a selection of short show extracts including; juggling, fire-breathing, aerials, clowning, hand-vaulting and many more dazzling acts from the world’s finest circus performers.

It was very much a unique moment in which circus celebrates circus, in that our audience was circus performers encouraging and cheering on their peers and fellow performers, all in costume. The call concluded with a big group photo outside the Circus Hub site with Underbelly directors Ed Bartlam and Charlie Wood.

For more information on events in the Meadows – Circus Hub