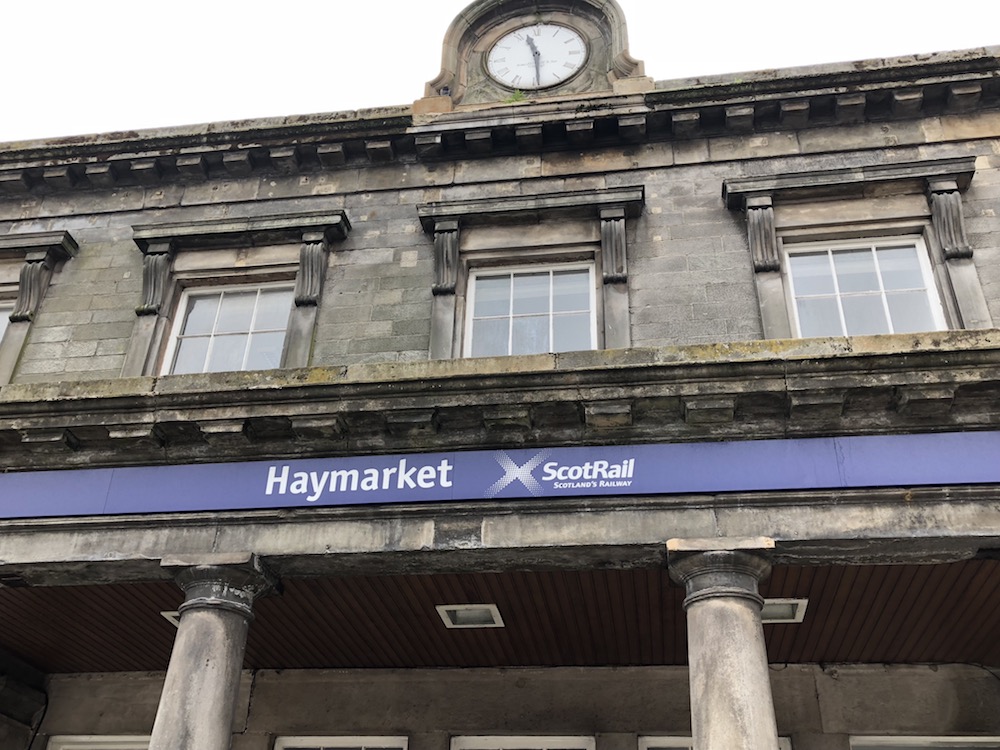 After months of disruption to traffic and pedestrians, Scottish Water says it has now completed work at Haymarket to replace part of a Victorian sewer on Haymarket Terrace.

During this week the roads at Magadala Crescent and Eglinton Crescent will be resurfaced and next Monday 6 August 2018 the road will be open to two way traffic.

SGN will complete their work before beginning further work to upgrade the local area from mid August so this will be a short lived lull in proceedings it seems.

Paul Sexton, Alliance Management General Manager, said: “We would like to say thank you to everyone who lives, works and travels around the Haymarket area. We know this work has been disruptive and the public have been very patient and understanding of the benefits of helping prevent future flooding with this vital upgrade.

“This has been an extremely challenging project which saw us having to navigate a huge number of other services in the area whilst trying to keep the busy roads around Haymarket flowing smoothly. We did this using a variety of techniques both high tech and traditional, to ensure customers’ essential services were not impacted.”

During the nine-month project Scottish Water and aBV liaised with people impacted by the works, including residents and businesses, through a range of communications channels. Haymarket rail station and Edinburgh Trams continued to operate as normal throughout. We also worked in partnership with authorities to also ensure the Scottish Child Abuse Inquiry, taking place at Rosebury House, was uninterrupted by noise.

Matthew Ferguson, SGN Project Manager, said: “We’ve worked with Scottish Water and the local authorities in planning these works. By carrying out both sewer and gas network upgrade projects now, we are minimising future disruption for local residents, businesses and commuters.”

Scottish Water’s alliance partner Amey Black and Veatch (aBV) began the work in October to install 250 m of new sewer up to 3.5m underground. The work to install the new 1.2m diameter storm storage sewer pipe was carried out on four phases in order to keep disruption to the area to a minimum.

Raymond Hope, aBV project manager, said: “This is essential work has built a much greater capacity into Edinburgh’s sewer network and ensure the city’s waste water cycle is fit for the demands and future development of a 21st century capital.”

The upgrade was part of Scottish Water’s programme of investment between 2015-2021 which includes £29.5 million of water and wastewater infrastructure projects across the capital and has been scheduled on agreement by the City of Edinburgh Council, residents and businesses.