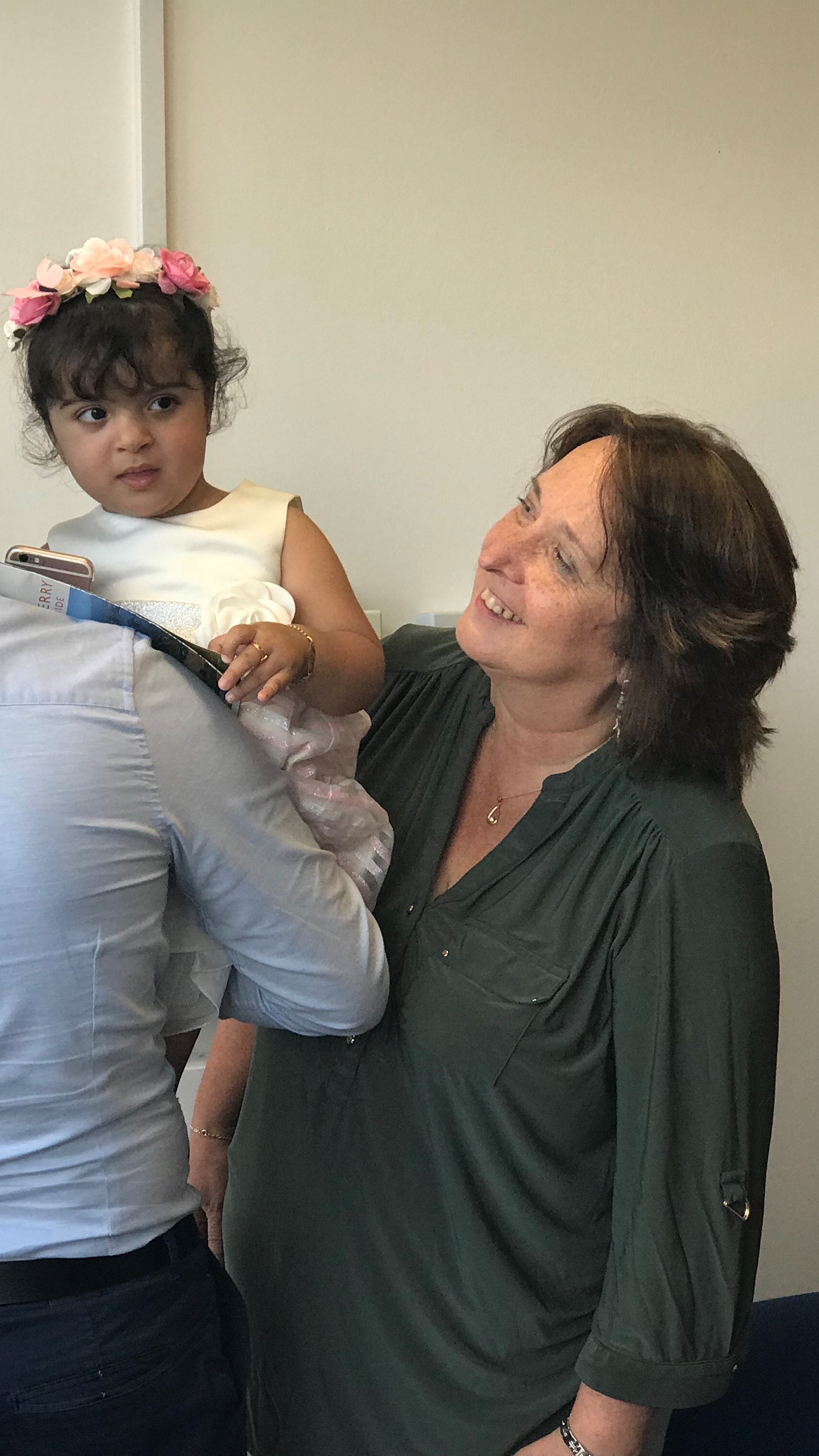 Edinburgh West MP Christine Jardine recentlywelcomed home a baby girl who was trapped in war-torn Iraq while waiting months for her British passport.

For more than a year, the MP for Edinburgh West has been fighting the corner of her constituent, Jasem Kasim. Mr Kasim is a naturalised British citizen, but his daughter Lia had been stuck in Erbil –
where she was born while her parents were visiting – because of delays in getting a British passport for her.

But at the end of last week the Edinburgh West MP was able to finally welcome Lia to her office and said: “Moments like this are why I got into politics.

“Being able to meet Lia here with her parents at last is beyond words for me.

“I’ve seen how Mr Kasim has kept going through all the pain and worry and the heartbreaking times when the Home Office came up with yet another obstacle to bringing his little girl home.

“The demand for DNA tests was probably one of the worst but he did it without complaint to bring his family together.

“When the Home Office finally gave in and recognised the desperateness of the situation and that it needed some common humanity rather than bureaucracy I cried.

“All the months of frustration, meetings with two separate immigration ministers, emails to the Home Office, questions in the house, all because a baby was born while her parents were abroad.

“We’ve shouldn’t have had to move heaven and earth to get hold of the documents that
Lia was entitled to, to get her out of a war zone.

“This has been an agonising ordeal for my family and me. We have suffered through months of not knowing what would happen to our daughter.