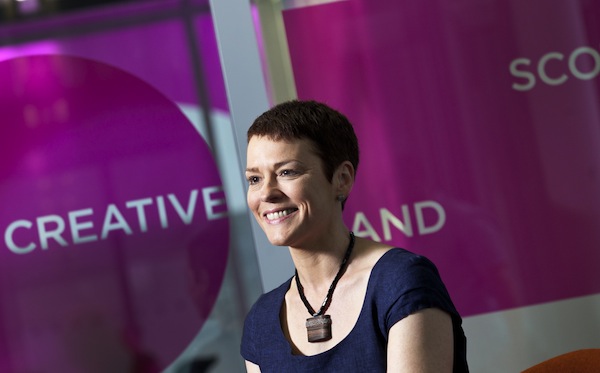 Creative Scotland have announced that Janet Archer, their Chief Executive, has stepped down from her post as at 30 June 2018 after five years in the job.

With thanks all round from the Chair and the Board of Creative Scotland, Ms Archer leaves the body at a time when criticism has been rife of the way it funds arts projects across Scotland.

Cabinet Secretary for Culture, Tourism and External Affairs Fiona Hyslop, said:
“I would like to thank Janet Archer for her five years’ service and achievements at Creative Scotland and for her commitment, contribution and passion in supporting Scotland’s culture and artists and wish her well for the future.”

Robert Wilson, Chair of Creative Scotland said: “On behalf of the Board, I would like to thank Janet for everything she has achieved over the past five years and the important contribution she has made to Creative Scotland, to the arts, screen and creative industries and to public life in Scotland more broadly. We wish her every success for the future.”

Janet Archer said: “It has been an honour to work closely with, and to serve Scotland’s artists and creative communities over the past five years in my role as Chief Executive of Creative Scotland, and to help many thousands of people produce and share work.

“Over the past five years, we have supported artistic excellence, and equalities, diversity and inclusion. We accelerated our work for young people and supported creative projects in all of Scotland’s 32 local authority areas. We have also enhanced international support across artforms, especially for screen.

“I’m pleased that in a difficult public financial context, Creative Scotland managed to work closely with the Scottish Government to secure an additional £19.8m funding for 2018-21 for Regularly Funded Organisations to replace the unexpected steep downturn in National Lottery Funding, as well as an additional £10m annual support for Screen.

“I’m especially proud of the relationships we’ve established with partners to deliver shared plans and increase impact and would like to thank everyone for their commitment to working with us. I know that Creative Scotland’s brilliant and dedicated staff will take the organisation forwards positively and continue to realise opportunity wherever possible.

“I would particularly like to thank the Cabinet Secretary, Fiona Hyslop for her support over my tenure and her committed and steadfast determination to position culture at the heart of Government policy.”

In terms of her employment contract Ms Archer will receive six months salary in lieu of notice.

Iain Munro will assume the position of Acting Chief Executive and Accountable Officer working alongside the Board and the senior team.

At the end of June The Scottish Government issued its draft Culture Strategy for Scotland which it is consulting on until 19 September 2018. You can have your say here.