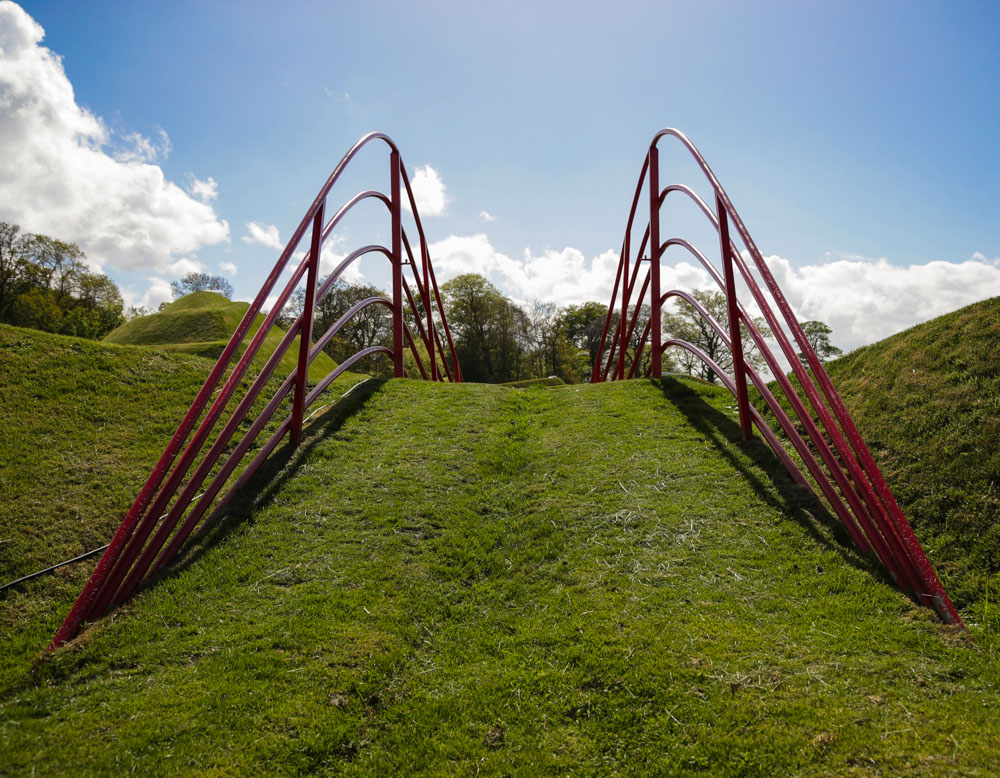 Romance at a festival is more than just a drunken kiss in a soggy tent when Jupiter Artland gets involved.  It’s a chance to dissect marriage with glittery absurdity and reconstruct the parts into defiant art love. That’s what JupiterCampout, Romanti-Crash! has achieved.  Over the last weekend of July, just before Fringe fever took over the Lothians, the sculpture park just outside Edinburgh, brought together creatives to explore, and maybe laugh, at outdated views of matrimony, through live performance and music.

After battling through the wind to set up our tent, our first of three attempts that night, we headed over to the Balcony Stage and caught Heir of the Cursed.  The Glasgow based singer took to the handcrafted wooden platform, with hidden papier-mache hand underneath, and eased us into the festival with cavernous vocals and vulnerable lyricism.  Far from the usual wedding singer, she was a clue of what was to come, as the festival was full to the brim with Glasgow talent intuitively curated by Matilda Strange and Acid Prawn.

to see Stasis. The performance group left the tent and took advantage of the sunshine and theatrical ‘Jenck’s Life Mounds’, to use as amphitheatre/stage to ridicule perceived female marriage obsession.  Dressed in cheap white shorts and cagoules instead of a traditional wedding dress, they proceeded to dance, scream, and ruin nine different cream cakes through their choreographed routine.

The group balanced the confrontational aspect of performance art, which often terrifies people if we’re honest, with real humour people were drawn too.  The same should be said for Christian Noelle Charles at the Matrimony Stage.  The New York born Glasgow based artist involved every inch of the crowd as she revealed intimate, deeply relatable, thoughts like a poetic rambling diary.  She began to dance to the carefully mixed soundtrack like a Jazz singer from a lost age and she drew audience members together like a wild St Valentine.

Wondering around the grounds I saw some beautiful brides, no doubt helped by the walk-in wardrobe hosted by Ravioli Me Away with makeup by Lady Neptune.  For these DIY brides, artist and musician Susie Green stepped up to act as honorary chief bridesmaid.  Cynicism was more my flavour, so I headed over to the Divorce Cocktail Bar, only to end up at the delicious Rolling Stove instead.  In the small breaks we did have we explored the sculpture park itself, hiding from the rain in the meditative boat shed where the ‘Rivers’ installation sits.  After wondering the trails for a while we rushed back to the Matrimony Stage.

Sculpture were starting their set and setting up their innovative live animation technique.  The music producer pair took the audience flying through modern techno with sly touches of analogue electronics.  An old record player was utilised as a spinning animation tool with zoetropic prints quickly changed and blurred to create arresting visuals.  Next door Paddy Steer took us on a quick cosmic journey complete with homemade space costumes and addictive synth noises.

As the darkness and rain came in, we found The Fish Police in their lovable glory, playing funky beats with joyous energy.  It was sad to see them leave but the crowd was happy to finally welcome headliner Martin Creed to the stage.  After the characteristic set ended the late night music began.  OH141 curated the live acts at their forest stage focusing on high energy and manic dance.  The Glasgow based platform had Healthy DJs, V/Da, and more playing into the early morning.

By this time, we ducked out of the music and into our barely surviving tent and got some sleep.  While it was a tough cold morning rise, if there is somewhere to wake up hungover, it’s Jupiter.  This is the sculpture park’s second Campout and the messy but fresh atmosphere ran throughout.  With lost tents, and missing events, it didn’t all run smoothly, yet it created something daring.  More festivals like these might just connect Edinburgh to Glasgow’s more audacious art scene, where politically active art can be centre stage. Translating this artistic defiance into a festival adventure is an ambitious project which Jupiter is close to perfecting.

You can learn more about Jupiter Artland here. 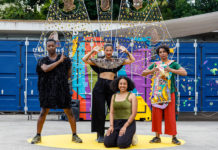 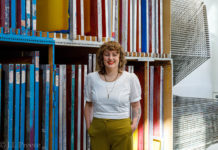 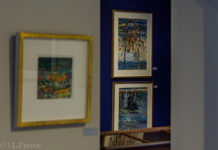 New exhibitions at The Scottish Gallery 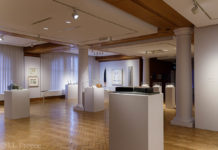 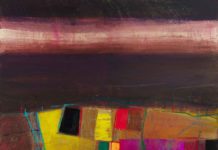 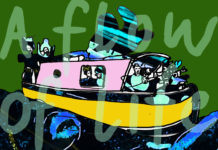