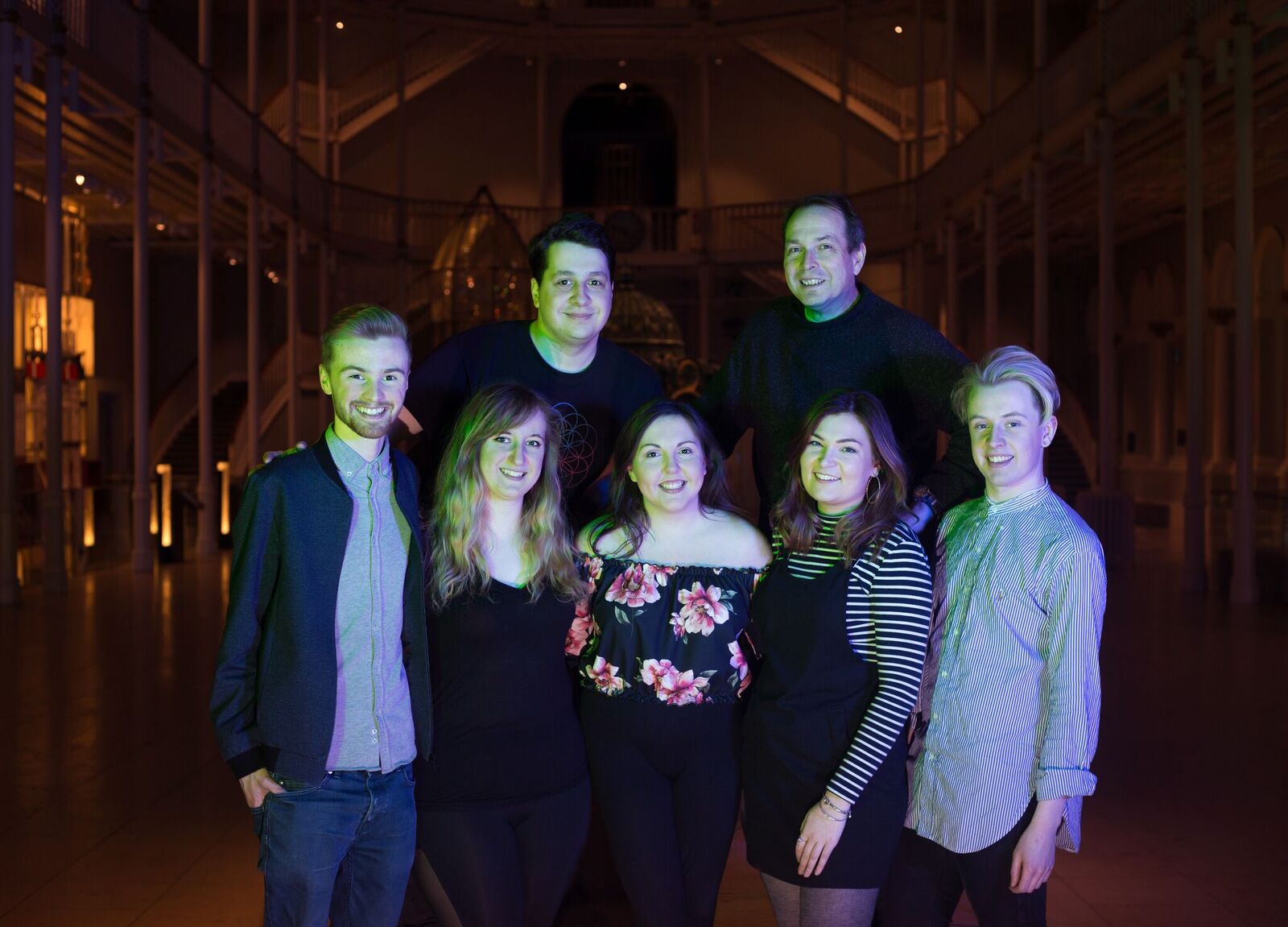 Edinburgh Napier students have been helping to tell the story of Scottish pop music through a creative partnership with National Museums Scotland.

As part of National Museum Scotland’s forthcoming exhibition, Rip It Up: The Story of Scottish Pop, more than 30 students from the University’s School of Arts and Creative Industries have worked to create a range of content that will take centre stage as part of Rip It Up’s run in the museum from 22 June to 25 November 2018.

BA Film and BA Television students have produced a film about music fan’s memories of attending gigs across Scotland. Interviewing concertgoers at various venues
across the country, Time & Place is set to feature within the
exhibition itself and will reflect the public’s experiences of Scottish pop music through the years.

Students across a range of subjects including Journalism, Graphic Design, Photography, Television, Music and Communication, Advertising & PR have also been involved with the exhibition through the development of a creative campaign to attract 16-24 year olds to the exhibition itself and the associated fringe events.

Forming an interdisciplinary agency, the students worked to a creative brief to develop a marketing and digital campaign called Future Features that saw four performances with up and coming Scottish bands and artists filmed within the National Museum of Scotland itself.

Capturing performances, photography and interviews for blog posts with SKJØR, Gus Harrower, Dancing on Tables and Anna McLuckie, the material will be used across a number of National Museums Scotland’s digital channels throughout the course of the exhibition.

Four Edinburgh Napier Music students are also set to perform during the National Museum of Scotland’s Rip It Up-inspired free Fringe music programme in August and at Summerhall in October 2018.

The Future Features was led by Lee McCulley, adult learning officer and Anne McMeekin, marketing officer at National Museums Scotland, along with colleague from the museum’s Learning and Programme, Marketing and Communications and Digital Media teams

Lindsay Morgan, Placements Co-ordinator, School of Arts and Creative Industries, Edinburgh Napier, said: “It’s been a fantastic opportunity working with National Museums Scotland on the various projects and activities linked to our
Rip It Up collaboration. We have been able to be innovative in trying new models of work-related learning – our interdisciplinary agency approach is a new model, which could be adopted in future partnership work and creative
collaborations.

“Through working and performing with members of the public and an organisation such as National Museums Scotland, our students have been encouraged to build their citizenship skills, they’ve been challenged to innovate and they’ve had to find exciting new ways to work with others across the University. It’s been incredibly beneficial to all involved.” Stephen Allen, curator of the Rip It Up exhibition, said: “We have been hugely impressed by the diligence, intelligence and talents of all the students, as
well as by the high quality of work. They have met deadlines, taken advice and feedback, and demonstrated great creativity and imagination: everything we would expect and hope for from a group of professionals. We couldn’t have asked
for a better group of students to work with.”

Shannon McCann, fourth year BA Television student, said: “Working on the project has improved my research and
interpersonal skills. Work experience opportunities such as the Rip It Up project, are brilliant for students to be involved in as it builds confidence and skills.”