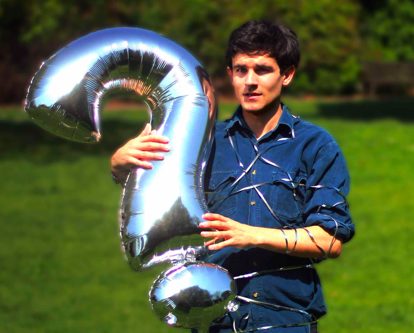 Stuart and Zoe meet for their first date and do ‘The 36 Questions’, an infamous psychological experiment designed to make strangers fall in love. It works. Now, after four years as a couple, is it time for the next question?

36 Questions. 1 couple. 1 interactive, Choose Your Own Adventure-style story. How does it end – you decide!

Questions. Choices. Dating. Love. Coupledom. Jealousy. Secrets and Spanish lessons. It’s all here. It’s ‘will they, won’t they?’ all the way to ‘won’t they, will they?’ –  and back again.

*he promises not to make this pun in the show

Rory O’Keeffe is a stand-up comedian, actor and writer. He is a former member of confusingly-named trio ‘Rory & Tim’ who won Audience Choice at London SketchFest 2013. In 2016, he took his debut stand-up show Monoglot to the Pleasance.

It was about learning Italian. He still does not speak Italian. In 2017, his follow-up Rorytelling was about losing his faith and his bag. It brought neither back. His sitcom script Lapsed was recently read at Soho Theatre and his latest show debuted at Vault Festival before coming to the Fringe.