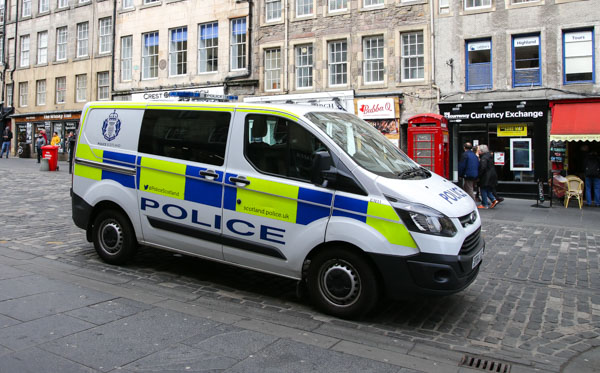 Police are appealing for witnesses following a hit and run collision which took place around 4.20pm on Saturday in Princes Street, opposite the Next clothing store.

A 41-year-old man was struck by a black cab, which failed to stop and drove off from the area.

The victim sustained a serious injury to his ankle and was taken to hospital for treatment before later being released.

Inquiries are ongoing to identify the taxi driver and anyone with information is asked to come forward.

Sergeant Fraser Wood from Edinburgh’s Road Policing Unit said: “This incident resulted in the taxi’s nearside wing-mirror being broken off and so it is highly unlikely that the driver would be unaware they were involved in a collision.

“We are keen to hear from members of the public who were on Princes Street at the time and witnessed what happened, or who can help us identify the person driving the taxi.

“In addition, anyone with any further information relevant to this investigation is urged to contact police immediately.”

Those with information can contact the Road Policing Unit in Edinburgh via 101 and quote incident number 2658 of the 16th June.