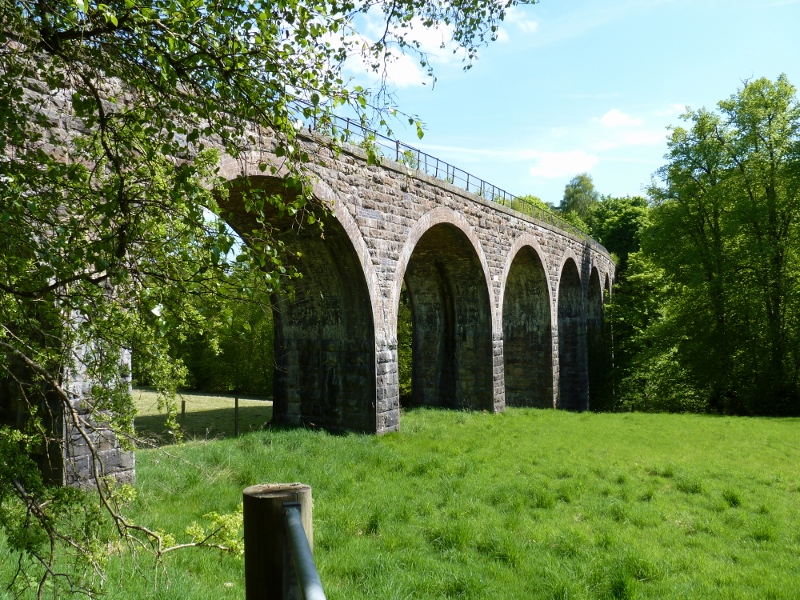 The other day I found myself cycling along the old Penicuik railway line just south of Edinburgh and I came across this wonderful viaduct across the River Esk.  Why can’t we build something beautiful like this these days, I wondered.

The railway line, four and a half miles of it, was built in just two years, despite  requiring seven crossings of the steep-sided valley and two tunnels. It opened in 1872 to serve the many paper mills stretched along the Esk. It also became a popular commuter line. It was closed in 1967 but still continues to serve the community today as a cycle route.

That solid Victorian viaduct prompted the question (much discussed this week across Britain):  is our future going to be better than our past ?  The question was answered in a BBC opinion poll but with very different results in Scotland than in England.  36 per cent of Scots thought our best days are still to come, but only 17 per cent of people in England thought England’s future would be better than its past.  And the difference was even more pronounced among young people, with 49 per cent of Scots aged between 18 and 24 saying they were optimistic about the future and only 20 per cent saying things were better in the past.

In England what came out clearly in the poll was the sense that something of the nation’s past glories have been lost…..the empire, the workshop of the world, a leading role in international affairs, even the gentler traditions of cricket on the green, the village pub, and “old maids cycling to Holy Communion through the morning mist.”  This, the analysts said, explained some of the “leave” vote in the Brexit referendum – a reluctance to come to terms with modern, de-industrialised, multi-cultural Britain.

In Scotland, the results were slightly coloured by which side people were on in the independence referendum in 2014. 56 per cent of “Yes” voters thought the future would be better than the past, compared to 21 per cent of “No” voters.  The poll also revealed that Scots identify strongly with their nation (84 per cent) and 40 per cent said they didn’t feel strongly British at all.

This will bring a knowing smile to SNP members gathered in Aberdeen this weekend for their summer conference.  Many will be wanting an early second referendum on independence, as soon as the awful details of the Brexit deal become clear in the autumn.  But there is also some caution among those worried about the party’s “Growth Commission” which suggested that Scotland may not be able to escape “austerity” in the first few years after independence.

As it is, the SNP government is suffering the fall-out from Westminster’s austerity. This week we had a warning of more NHS troubles as the number of nurses leaving the service rose to a record 4,300 last year.  40 per cent of teachers want to leave their schools, according to the largest teachers union the EIS.  And the economy more generally is still struggling to find growth. This week we heard that the Scottish retailer House of Fraser is having to close more than half its stores, including one of the two it owns on Princes Street in Edinburgh.

Then there is the debate over the SNP’s new car, or rather the SNP Lord Provost of Glasgow’s second hand car. The Right Honourable Lord Provost of Glasgow, Eva Bolander took delivery of a £235,000 Rolls-Royce given to the city by an anonymous benefactor. Reactions vary from those who say it’s a splendid symbol of the great city of Glasgow to those who say it’s a gas-guzzler which should be sold off and the money given to the poor.

The Scottish Parliament took another step into the 21st century on Wednesday when MSPs passed a law granting automatic pardons to men convicted of gay sex in the days, before 1981, when homosexual relations were illegal. We again encountered the 21st century when plans for a state-of-the art plastics recycling plant were announced for the Binn Eco Park in Glenfarg in Perthshire.  The £3.4m factory will take a wide range of plastic waste and convert it back to oil.

Underwater datacentres? The Orkney Islands in Scotland just became one of the most exciting places in tech: https://t.co/xTtvmZHzKp pic.twitter.com/ApjasY7Jcr

Then came news that Microsoft has sited one of its data centres on the seabed in Orkney.  Over 800 servers, containing the information we store in our computers, were crammed into a metal container and lowered into the chilly  waters off Stromness.  It’s an experiment to see if the servers can be powered by tidal turbines and kept cool by the water. Clever, eh? I’ll be quite glad if all my “data” ends up at the bottom of the sea.

And speaking of the sea, spare a thought for Duncan Hutchison.  He was attempting to row across the Atlantic, from New York to his home town of Lochinver, when he ran into a storm just five days into the trip.  He was forced to abandon the boat he’d spent three years building and was rescued by the US Coastguard. He says he’ll try again if he ever finds his boat.

Meanwhile another adventurous Scot, Niall Iain Macdonald, is making his third attempt to row across the Atlantic.  He’s currently somewhere off the Virginia coast and heading for Stornoway.

With sons like this, Scotland must have a great future. But will it be better than the past? 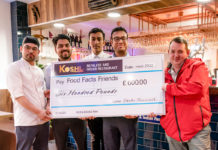 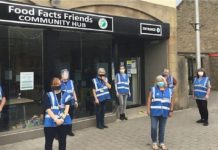 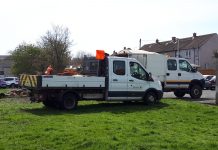 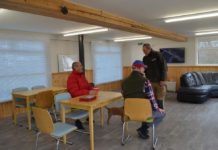 Fishing – new bothy at Rosslynlee proving a hit with anglers 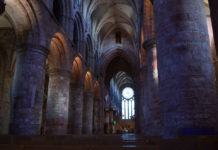 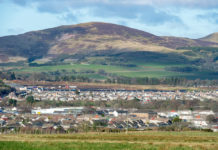 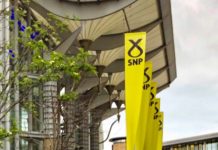 SNP back EU protectors for produce 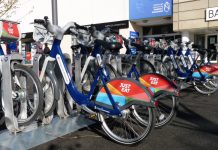