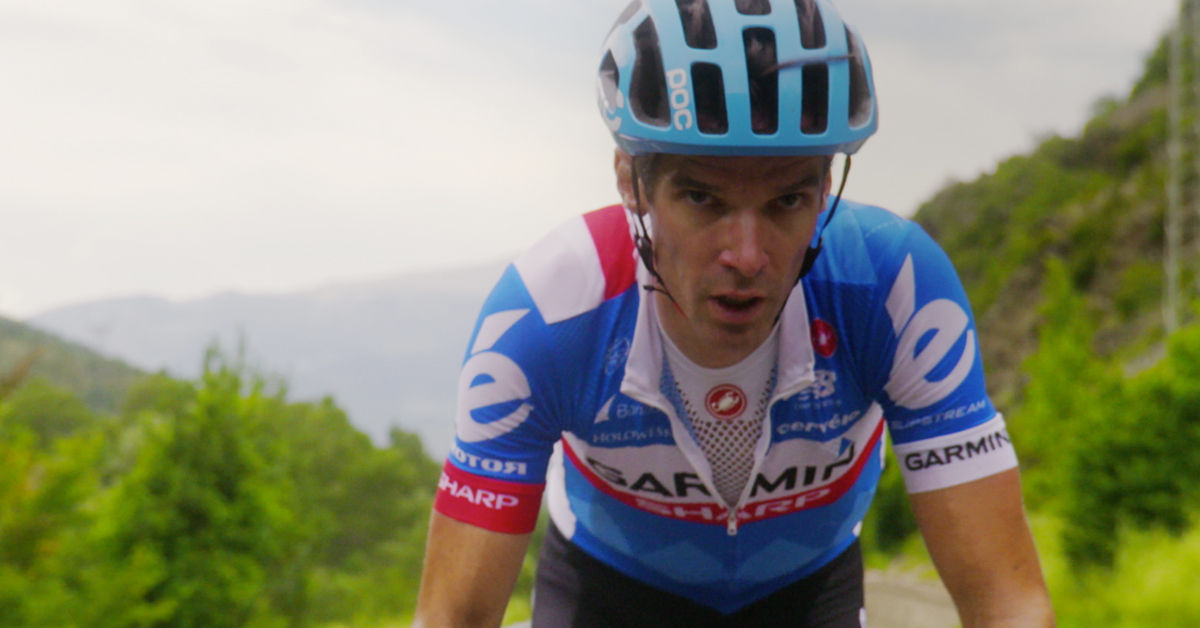 Finlay Pretsell’s documentary follows Scottish-born David Millar on his final season in cycling in 2014 as he attempts to gain selection for what will be his 13th Tour de France.

Millar bought his first road bike aged 15 and when he turned 18 he moved to France to race. Hailed as “Britain’s new cycling hope,” he was soon winning stages of the Tour de France, La Vuelta a Espana and World Championships. In 2004 Millar received a two-year cycling ban after being caught and admitting taking banned performance-enhancing drugs. Upon his return from the ban he became a prominent anti-doping campaigner, and took on part ownership of the Garmin Slipstream team to foster their anti-doping stance.

Much of the racing footage is filmed from Miller’s point of view so we hear the noise of the crowd, his laboured breathing and expletive laden conversations with fellow riders. It’s a tough watch – Millar is at the end of a career which appears to involve repeatedly torturing his body in gruelling 300km races through mountains in horrendous conditions. At 37 his form is dwindling, and he asks himself: “Why am I so weak when the others are so strong?”

The film is interspersed with interview footage of Millar sitting in the dark, often unable to even make eye contact. He comes across as petulant, especially when questioned on the doping scandal which he feels he’s exhausted in his autobiographies. In the end Millar doesn’t make it to his 13th Tour de France – he’s dropped by his team due to poor form. He cries for the first time since he heard the news and we’re finally given a moment of emotional connection.

Likely a must-see for cycling enthusiasts who want to be immersed in the racing action but this isn’t a feel-good movie with a happy ending – it feels more like self-flagellation. Millar is so angry – at his body letting him down and with his team for dropping him but I just couldn’t relate to him on a human level and left the film with more questions than answers.

Time Trial is showing at The Cameo, more details can be found here.