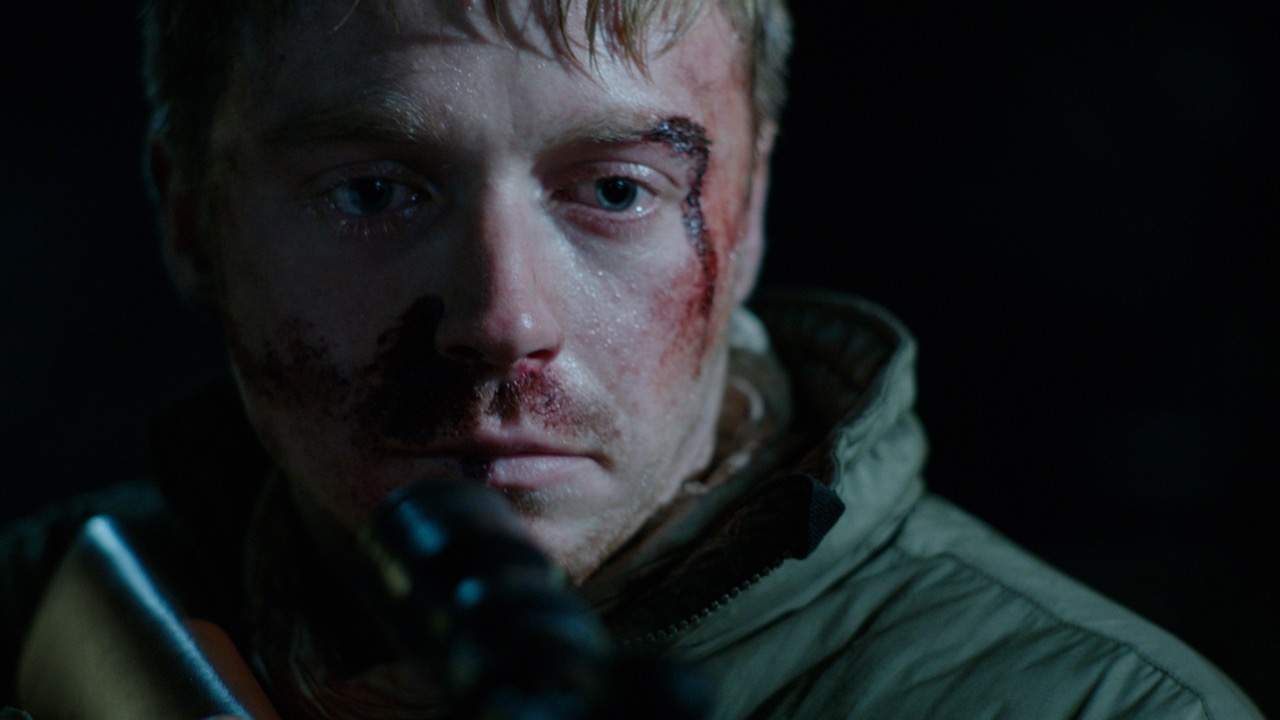 Father-to-be Vaughn (Jack Lowden) and childhood friend Marcus (Martin McCann) head to the Scottish Highlands for a weekend hunting trip which quickly descends into the holiday from hell.

The morning after a night boozing with the locals the pair go hunting with a hangover and accidentally shoot the wrong prey. In their frantic attempts to cover up their mistake, they make a series of poor decisions and the film follows their mission to stop their lies, and lives, unravelling.

In Matt Palmer’s stunning debut feature, nominated for the Michael Powell Award for Best British Feature Film, the constant sense of tension can be all consuming (but in a good way). Lead actors Lowden and McCann dazzle as their on-screen friendship collapses amid their guilt, paranoia and fear. The jumpy handheld camerawork and soundtrack brilliantly capture the irrational mindset of two men struggling to contain their secrets. The supporting cast of locals are fantastically menacing and give you the impression early on they would do anything to protect their village and its residents.

Calibre is a film that benefits from watching without reading spoilers beforehand, ignorance of the horrifying acts and their consequences only add to the swelling dread as the film reaches its climax. It’s a thriller rooted in reality – who hasn’t made a genuine mistake and made it worse by lying?

You ask yourself how far you would go to save yourself and find yourself sympathising with the characters, even when their behaviour is indefensible. I was exhausted but exhilarated after a taut 100 minutes of drama, and I can’t wait to do it all again…

The World Premiere of Calibre was held at the Edinburgh Film Festival on 23 June and the film will be available globally on Netflix from Friday 29 June 2018.