Home Sport The ‘Foot-Ball Club of Edinburgh’ – A New Book on the World’s... 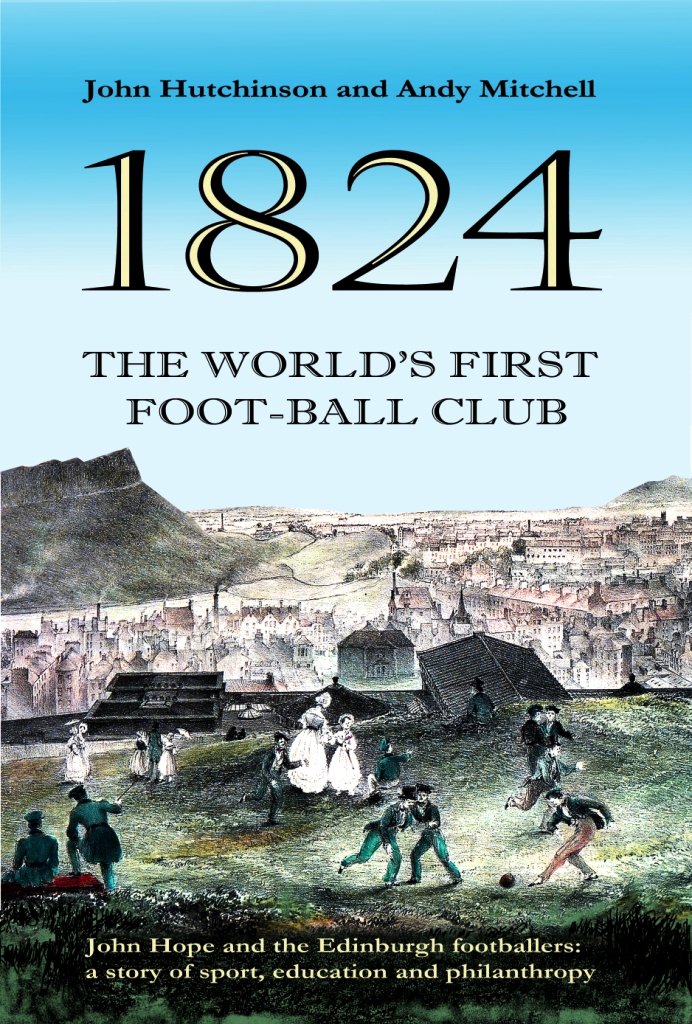 Did you know the earliest known football club in the world was founded in Edinburgh? A fascinating new book written by Scottish sports historians John Hutchinson and Andy Mitchell chronicles the history of The Foot-Ball Club, which began life in Edinburgh as far back as the early part of the 19th century.

In 1824, an Edinburgh University student called John Hope formed the Foot-Ball Club so that he and his friends could carry on playing the game they had learned at school. Hope ran this club until 1841 and it proved to be such a success it attracted around 300 members – students, lawyers, doctors, ministers and soldiers. Now, authors Hutchinson and Mitchell have undertaken a detailed analysis of who these pioneering footballers were.

John Hope was born in 1807 and went to the University of Edinburgh to study law. His academic ability helped him prosper as a lawyer, property owner and town councillor.

Hope’s six simple rules written in 1833 indicate a competitive game with a code of behaviour – such as a ban on tripping – and a defined playing area with goalposts. These basic playing rules were further developed by Hope in 1854 when he printed guidelines on how the game should be played, and the following decade he encouraged girls to play football.

Members of the Foot-Ball Club had ties to both football and rugby when the game was codified and, notably, the fathers of Scotland’s first rugby captain and first association football captain were club members.

The authors have clearly conducted extensive research, not only of The Foot-Ball Club, but the context in which it was formed and thrived.

John Hutchinson believes The Foot-Ball Club’s place in sporting history has often been overlooked. He said: “While many historians of association football focus on the game’s origins in the English public schools, Cambridge University and Sheffield, there is no denying that Edinburgh can not only claim the first football club, but also the first written rules (1833), first medal (1851) and first organised games for girls (1861).”

Andy Mitchell has researched the history of sport in Edinburgh and said: “The more we looked, the more we realised how much sport was an integral part of Edinburgh culture from the earliest times. By the time the Foot-Ball Club was founded, Edinburgh had already given birth to the world’s first clubs in archery, golf and gymnastics, while city sportsmen had written the first known rules for golf, bowls and curling, and presented the earliest trophies for golf and bowls. The Foot-Ball Club was born into this exciting environment, very much a product of its time and place.”

The Foot-ball Club of Edinburgh is available from Amazon and scottishsporthistory.com