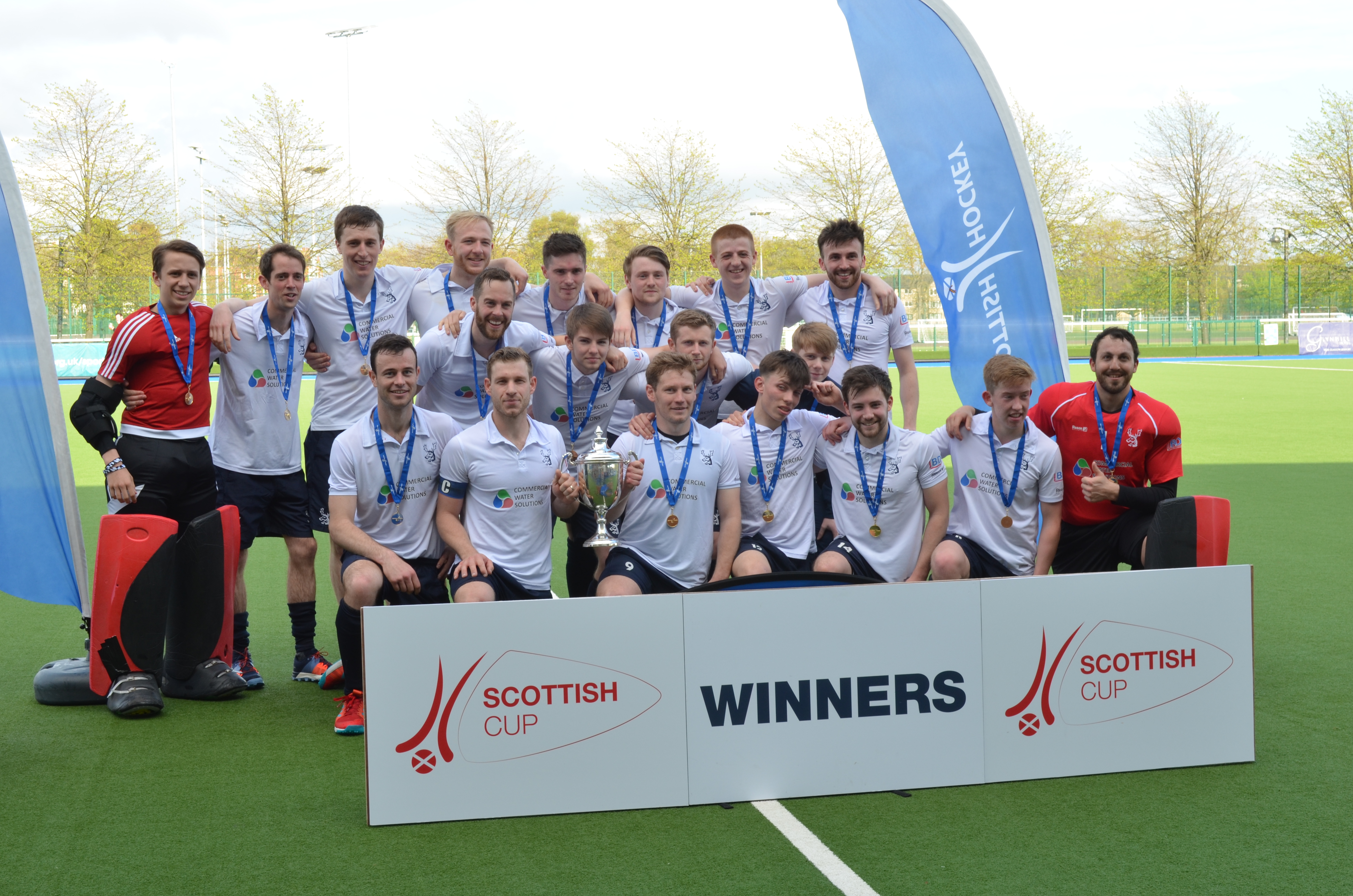 Newly-crowned Division One champions Grange collected the Scottish Cup for the sixth time thanks to a devastating opening spell.

The Edinburgh side, who will try to add the play-off title to their collection next weekend, led 5-2 at the break and eventually won 6-3 against city rivals Edinburgh University.

And they scored in the opening 20 seconds in their first attack. Irish striker Frank Ryan sweeping the ball home.

And a slack pass from Edinburgh University allowed Ryan to claim his second after only five minutes.

Edinburgh University hit back a minute later through Peter McKnight who fired a shot into the left corner to close the gap to two goals.

But a minute after that Grange were awarded a penalty stroke and Scottish indoor international calmly Callum Milne slotted home for 4-1.

And Luke Cranney found the net from the top of the D three minutes later as Grange swept into a 5-1 lead.

Edinburgh University refused to give in and pressurised the Grange rearguard as the clock edged towards half-time.

And with three minutes left to the break they scored from a penalty corner as Kevin Wong slotted home to bring the score to 5-2.

And four minutes after the re-start the students claimed their third, captain Gordon Amour netting to make the score 5-3.

Grange started to get twitchy but with 16 minutes left John McCluskey scored from a deflection to put then 6-3 lead and calm nerves.

Edinburgh University fought hard to the final whistle and goalkeeper Nathan Doherty pulled off a fine save from a rasping Chris Duncan shot late on.

It was not long, however, before the Grange celebrations started as they saw the game out.