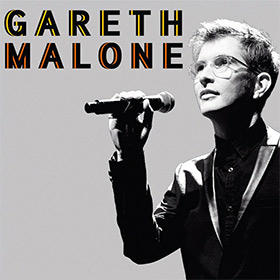 The TV Choirmaster Gareth Malone is coming to Edinburgh at the end of May when he appears at The Usher Hall along with the close harmony singer The Swingles. He is known for his BBC 2 programme The Choir which has led to many new singing groups being established across the country. He also formed the Invictus Choir with former ex-armed services personnel who  performed the song ‘Flesh and Blood’ at the 2016 Invictus Games in Orlando, Florida. Gareth was recognised with an OBE in the Honours list in 2012.

He has also worked with a choir of 300 former Grenfell Tower residents singing with stars such as Rita Ora, Liam Payne, Robbie Williams and Roger Daltrey who sang together on the charity version of Simon and Garfunkel’s Bridge Over Troubled Water. All proceeds from the song went to victims of the fire.

He tries to lift spirits with singing and now he is going back to live touring. He explained : “I can’t wait to get on the road and meet audiences up and down the country once again. This will be an intimate tour of some of my favourite music venues and I’ll be showcasing the songs that really matter to me. There’ll be plenty of chances to singalong as well as opportunities to ask questions. You’ll hear great music and spend an evening celebrating the wonder of the human voice.  There’ll be special guests, all sorts of fun, stories and laughter. And singing, definitely lots of singing. Roll on May!”