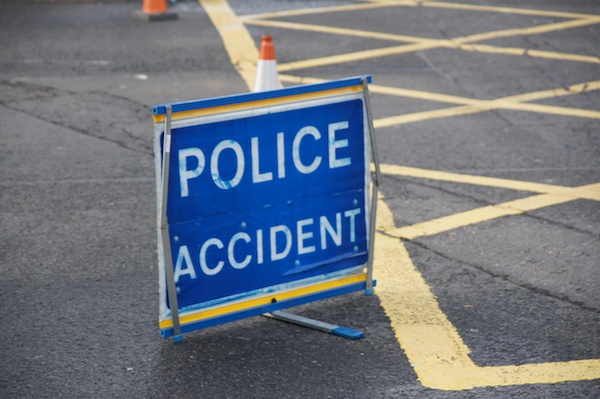 A body has been discovered inside a car which caught fire following a four-vehicle collision on Maybury Road at 12.30am this morning.

Police have closed the road while investigations are being carried out.

A Police Scotland spokesman said: “Police in Edinburgh are investigating a serious road collision that took place in the early hours of Friday.

“The incident happened at around 12.30am on Maybury Road just after the Maybury Roundabout and involved a number of vehicles.

“As a result of this collision, one car caught fire.

“After the flames were extinguished it was established that an individual within the vehicle had sadly died.

“Enquiries to establish the full circumstances surrounding this incident, including the number of vehicles involved, are ongoing and anyone with information is asked to contact police immediately.

“The road is expected to remain closed for a number of hours while police continue with their investigations at the scene.”