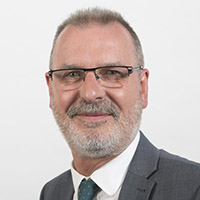 I had spoken to Councillor Gavin Barrie who represents the Inverleith Ward last month when he lost his position, both as Chair of his political group and separately as Economy Convener following the SNP group AGM.

The politician who has 35 years of experience in committee work, having first been involved with trade unions and the fire service before being elected in 2012, felt then that the ousting was unfair.

Now he believes it to be so unfair that he has taken the radical step of leaving the SNP group thus becoming the second SNP councillor to become an Independent during this administration.

Barrie explained to me that his major problem is not with the rules themselves, but that there were no complaints about what he was doing before the AGM and that is what makes it unfair.

He said : “If there was no criticism, then how did I end up being sacked? All the policies and documents that were going through committee are always up for discussion. The new Economy Convener, Councillor Kate Campbell, was actually already on the committee, so she was perfectly well aware of everything that was happening. At the AGM she said she was not happy with some of the policies. My response to that is that she had every opportunity to raise points or amend items before then, but I received no correspondence whatsoever.

“I was also removed as chair of the group and now there are three relatively new councillors in the position of Chair – Ellie Bird, Secretary – Kate Campbell and the whip – Ian Campbell.”

There is a single vote for each councillor in the political group at the AGM, meaning that changes can come about quickly and without warning as seems to have happened here on a narrow vote.

There are other ‘veteran’ SNP councillors elected prior to 2017 including Frank Ross who is now Lord Provost, Cathy Fullerton who leads the council’s Regulatory Committee, Alasdair Rankin who is Finance Convener, David Key who heads up the Valuation Board, Norman Work who is Licensing Convener and Councillor Denis Dixon, but in the recent 2017 intake there are some who have already been appointed as conveners with Lesley Macinnes holding the Transport and Environment portfolio, Neil Gardiner the planning brief and Alison Dickie the Vice-Convener of Education.

We asked the Council Leader Adam McVey, about the way that some relatively inexperienced people have now been elected to senior posts. He said : “I really cannot comment on internal procedures such as the AGM process, but the democratic process that the SNP group go through is one of internal challenge. It is set out in our standing orders very clearly. It is a very open process.

“People have the right to challenge any of the positions we hold in the administration if they think they have something to offer. I am quite comfortable with that.

“We not only say that these are the rules, but every member of the SNP council group signs up to them upon being elected a councillor. Gavin signed those rules. He admits that everything that happened at the AGM was within the rules, but despite the fact that he signed up to the rules he is unable to live with the consequences.”

McVey also went on to explain that Cllr Barrie had used the process in the past challenging the leadership and deputy leadership positions without notice, although unsuccessfully,  in recent years.

He defended the SNP group’s position by saying : “I feel it’s a good thing we have been able to use the talents that people have. There is no set time limit before a councillor can be appointed to a senior position. I think it is a good thing there is a mix and that we have recognised people’s talents and abilities.

“We value experience but there is no sense of entitlement just because of the length of time since they were first elected. In my experience in the two AGMs since the election last year our group has elected people on the basis of how well they would do the job, not simply personal ties.” The Council Leader said : “I am very disappointed that Gavin has chosen to leave the group. If his genuine concern is the rules that we operate by and the rules he signed up to frankly I think he should have stayed and argued for change.”

He did concede however that the SNP continue to look at their own rules. He concluded :  “I think the SNP nationally is looking at a review of standing orders for council and MSP groups. We are making sure that we get a set of rules that are as robust open and accountable as possible, because that is ultimately how we organise ourselves as a party to create the biggest impact for our communities.”

In response to Cllr Barrie’s resignation letter the Council Leader sent a reply which included these sentiments :

“Internal challenge is an important part of our democratic process, as set out in our standing orders- a document which you signed without hesitation upon being re-elected as an SNP Councillor.

“If the rules around challenges as set out in the standing orders were genuinely your concern, as you seem to suggest in your resignation, it would have been more constructive to remain and make the case for change.

“Thank you for your service over the last 6 years and I wish you well for future endeavours.”

Gavin Barrie explained to us that the way the reshuffle worked was that he was approached by Councillor Kate Campbell (who was first elected a year ago), and asked to step aside. It was suggested that Barrie took up the planning convenership instead, standing against the incumbent Councillor Neil Gardiner. I asked if he simply did not want the planning job which is always a bit of a poisoned chalice, and he agreed that planning does not ‘float my boat’ but he admitted that he could have learned the job and done it well.

But Barrie says he is a man of principle and would not stand against a colleague in that way. He also pointed out that if the Leader or the Deputy Leader of the council had expressed to him some difficulty with any of the convenership roles then he would have been happy to give full consideration to whatever would be good for the city, the coalition or the party.

But he continued : “In reality I was approached by a backbencher coming to me saying that I should not stand for the post that I already had, that I should take out another councillor when she had indicated interest in the post only weeks before. I was really enjoying my position as Economy Convener, although it is really hard work, but really I am not in the business of taking out other councillors just because someone wants my job.

“When I read in the press that Councillor Campbell explained her activism was triggered by poor treatment at work, I realised that this applied to me. I got sacked from a job I was doing at half an hour’s notice with no prior complaints against me whatsoever.

“This is the party that leads the capital city of Scotland and I feel the politics of this should be well explored. This is the Brexit year. I have spent a couple of years now telling people in business that the SNP can do good things with the economy in Edinburgh. But the problem is that as soon as business people get to know somebody then they disappear and we have to start all over again.

“I think firmer leadership of the SNP group would be better. Apparently the group leader knew of the bid for my post for three weeks and told Councillor Campbell that he did not want her to do make that challenge. I think that there should be direct leadership with the group leader picking their best team and requiring the rest of the group to support it. I think the group needs a period of stability. It’s not good to play musical chairs every year. It’s not good for the city, the council officers or indeed the public. They need to know who’s responsible for things.”

In his letter of resignation Councillor Barrie explained his position to Council Leader Adam McVey :

“Because what happened was within the rules of the AGM, although I believe it to be morally questionable, I have little recourse, even though I believe I have been badly treated in being replaced when working hard and getting results. If hard work, diligence and success, although recognising there is always much more to do, is a recipe in some people’s eyes for dismissal and replacement I cannot maintain my self-respect and dignity if I remain as part of the SNP Group and accept this.

“To that end, and with some regrets, I have no option but to resign.”

At previous AGMs there have been headlines when leaders were ousted and replaced : names like Frank Ross, Sandy Howat, Steve Cardownie who were all voted out by their political colleagues and replaced as group leader at various times. In contrast the other political groups have had relatively stable leadership during most of the last administration and this one.

Gavin Barrie said that a year ago when Adam was elected Council Leader he chose Cllr Barrie as Deputy Leader, but this was overturned by his fellow councillors and Lesley Macinnes was picked instead. There was no challenge to Cllr McVey’s leadership at this year’s AGM.

We put it to Cllr Barrie that he could have just stepped down as a councillor and forced a by-election in Inverleith. He replied : “Politically in my ward there are already two Conservatives and I would not like them to get another councillor elected there. It would be first past the post you see, and so it might not be reflective of the whole ward, nor would it be good for Edinburgh.”

Inverleith is a four councillor ward represented now by two Conservative councillors and a Liberal Democrat along with Cllr Barrie as an independent.