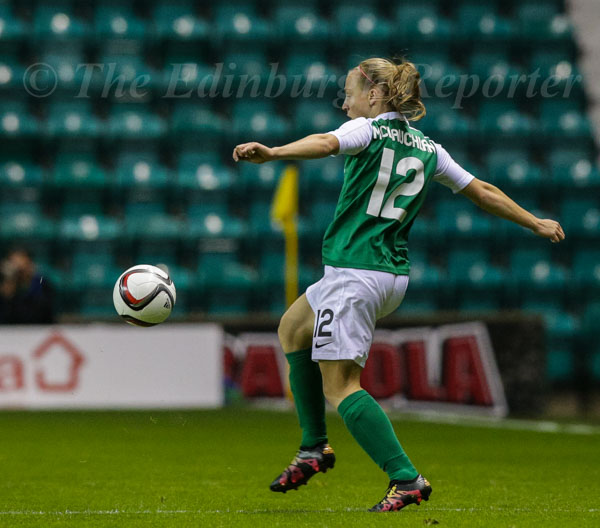 Hibs’ Ladies are looking to regain their position at the top of the Scottish Building Society SWPL this weekend with a victory over Celtic.

The game kicks off at 14:00 this Sunday  at the K-Park Training Academy, East Kilbride.

“Obviously results last week mean Celtic now sit top of the league, they are unbeaten and have conceded only one league goal in five games, so we’re under no illusions and know that we must be at our best to win but we want to be back on top come Sunday evening and that is our aim.”

Emma Brownlie, who was Player of the Match in last Sunday’s match and used to play for Celtic, said: “Following last weekend’s result we are looking forward to Sunday’s game and want to get back to winning ways.

“We have a good record against Celtic and it’s one we want to continue. The return of key players really strengthened our squad last week and we will look to build on that this weekend with them getting more minutes.

“We have depth throughout the squad now so competition for places is tough but it ensures everyone is playing at the top of their game week in, week out.

“It’ll be an exciting run of games from now until the summer break and that’s something we thrive from.”