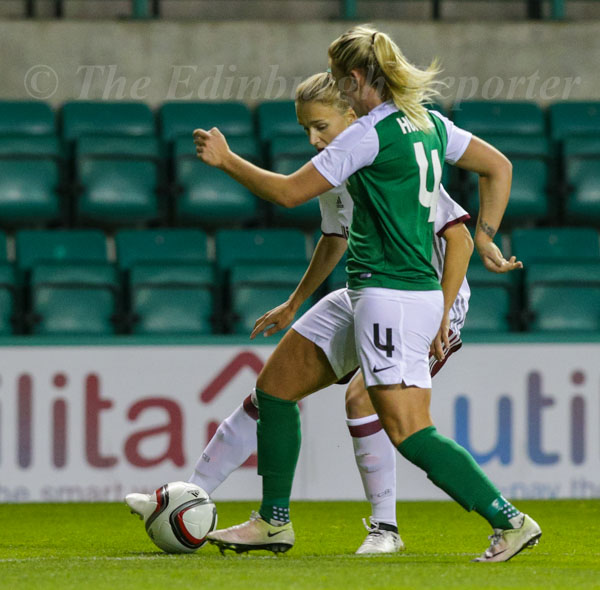 Grant Scott has taken temporary charge of the Hibernian Ladies side following the shock departure of Kevin Milne, and will be in the dugout for Sunday’s match against old rivals Glasgow City.

Both sides hold a 100% league record going into the game, and the winner will have an early advantage in the race for the league title.

Scott told the Hibernian website : “We expect another tough battle with Glasgow City and another tight match with both sides having 100% records so far this season.

“Even this early in the campaign we are fully aware of the importance of the match in the context of our ambitions for the season but fortunately we have a talented group of players with belief, ability and determination which we believe will serve us well, produce the right performance and outcome.”

“After the shock resignation of Kevin, the players have re-focussed very quickly and will be fully prepared going into Sunday’s match.”

Kick-off is at 1pm on Sunday at Ainslie Park, with tickets priced at £5 for adults and £3 for concessions (pay at the gate).