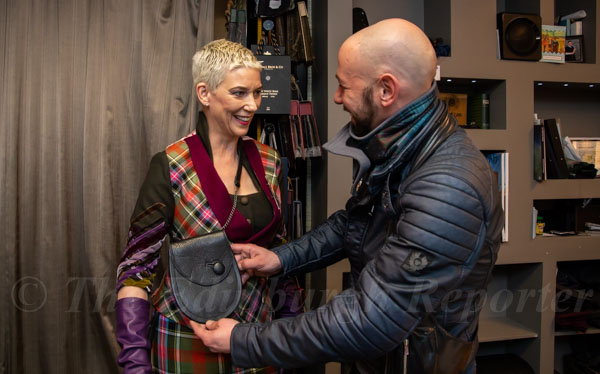 While most people think of dance when they think of Gene Kelly, music was central to his work. It influenced him; inspired him; and, in many ways, defined him.

In 1969, the musical arrangements to many of MGM’s classic films were destroyed. Now with these scores carefully reconstructed, we are able to bring you a remarkable event: Gene Kelly dancing on the big screen accompanied live by the magnificent RSNO! Featuring clips from some of his most popular films, including Singin’ in the Rain, An American in Paris, Brigadoon, Les Girls, his joyful dance with Jerry the Mouse in Anchors Aweigh, plus rarely-seen numbers from television specials and rare broadcasts, this special evening hosted by Kelly’s wife and biographer, Patricia Ward Kelly, takes you behind the scenes as she shares Gene Kelly’s own insights about the making of these enduring and beloved works.

Gene Kelly visited Scotland in 1952 to scout locations for the filming of the 1954 classic Brigadoon, a movie adaptation of the Lerner and Loewe stage musical. The story tells of two American tourists who visit Scotland on a hunting trip and discover a magical village that appears only once every one-hundred years. The resulting film is noted for its characterful interpretation of Scots’ Highland dress.

The wife of Hollywood legend, Gene Kelly, Patricia Ward Kelly, was treated to a dressing by one of Scotland’s most celebrated kiltmakers ahead of the world premiere of the new concert celebrating the actor, dancer, choreographer and director’s life. Conducted by Neil Thomson and hosted by Patricia Ward Kelly, Warner Bros. presents Gene Kelly: A Life in Music will be presented at Usher Hall on Friday, 13th April.