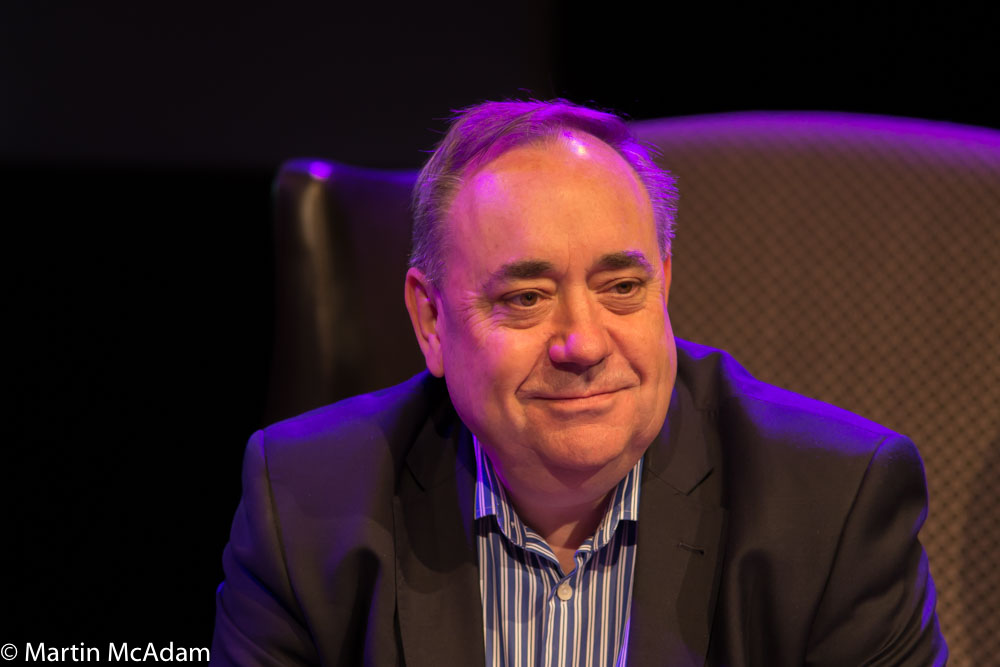 As he told me in New York, Alex Salmond is touring with his Unleashed show this week to both Dundee and Edinburgh when his guest will be Carla Ponsati former Catalonian minister.

The other guest will be Professor Ponsati’s solicitor Aamer Anwar.

The Dundee show will take place on Friday 27 April at the Caird Hall and there will be a special additional show in Edinburgh at the Principal Edinburgh George Street on Saturday 28 April. The show was very successful last year during the Edinburgh Festival Fringe when the run was a complete sell out.

Des Clarke (more convincing as Trump than POTUS himself), comedian Janey Godley, Sheena Wellington and the house band the Carloways will also join the line up. Mr Salmond said : “I am looking forward enormously to these last two Scottish dates of our Spring tour. Clara Ponsati has captured the heart of the nation as she battles against extradition to Spain and this is a marvellous opportunity for people to hear directly what she has to say, ask her questions and rally to her support.
“The 28 performances to date have raised £30,000 for charities both domestic and overseas. In these final two dates we will be supporting Clara’s defence fund.
“There are just a few tickets left for The Caird Hall and we have put on the additional performance in Edinburgh to make sure that people have the opportunity to hear Clara speak. It also enables us to return to The Principal at Edinburgh.
“All of our charity events during the Festival last year were located there and the management and staff have been hugely supportive to The Show.”
The venues will be the first time The Carloways  have played with the Unleashed Show since the untimely death of their young guitarist Chris Paterson last month. The band is likely to play a tribute number to their much missed colleague.