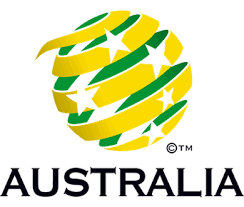 Hibs on-loan striker Jamie Maclaren has been included in the provisional Australia squad for their upcoming friendlies against Norway and Colombia.

The 24-year-old has featured five times for Hibs since arriving on loan in January from Darmstadt and has scored once for the club – a winning goal away to Rangers at Ibrox.

He joins former Hearts’ player Ryan McGowan in the  29-man squad for the friendlies at the Ullevaal Stadion, Oslo, and Craven Cottage, London, next week.

National team manager Bert van Marwijk said: “Since my appointment with the Socceroos, my staff, scouts and I have monitored over 100 Australian players in the A-League, as well as in leagues across Europe.

”There are still a couple of weeks before the group gathers in Oslo, so we will continue to monitor the health and fitness of all the players in the preliminary squad, as well as those on our longer list of potential World Cup squad members.”

The Australians will play Norway in Oslo on March 23 and take on Colombia in London on March 27.