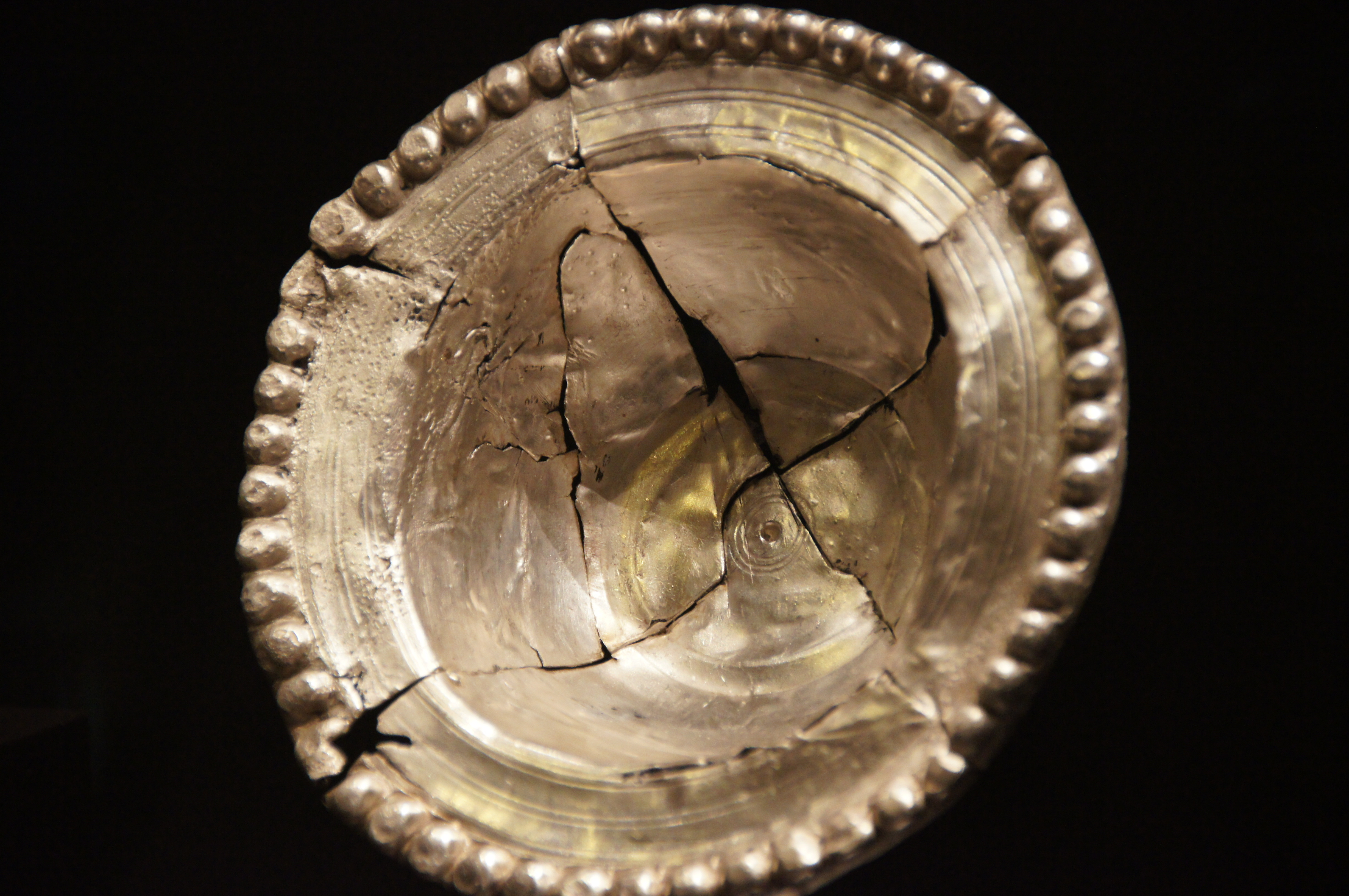 The exhibition at National Museum of Scotland which shows off a thousand years of silver, once considered more valuable than gold comes to an end this month. But it will then be taken to three locations in Scotland and put on display there.

This tour indicates the importance of the ground breaking research behind the exhibition, but it also marks the beginning of a new phase of the Glenmorangie Research Partnership. Dr Martin Goldberg, Principal Curator of  Medieval History and Archaeology at the National Museum of Scotland, explained why the three places were chosen for the tour. He said : “We are going to Stornoway, Kircudbright and Duff House in Banff. We wanted to take this particular exhibition and the research story behind it out to other communities in Scotland. These have a connection with the materials. So for instance one of the hoards that we discovered at the beginning of the last phase of research, or rediscovered I should say, is the Gaulcross Hoard and it is from Banff-shire so there is a local connection.

“The latter part of the story is about Viking Age silver and there are hoards in Stornoway that are very relevant to that. And we will be working with Kircudbright in the next couple of years.

“We are moving into a new phase of research which is looking at the archaeological and historical background for Scotland from 800 to 1200 AD.”

Dr Goldberg confessed that his favourite pieces in the exhibition are from the Gaulcross Hoard as he helped to rediscover those in partnership with the University of Aberdeen but also that the most dramatic in the collection are the massive silver chains. They are amazing, and weigh up to 3 kgs each. They are a product of the silver coming out of the late Roman world which is recycled and reused and made into new objects probably in the 5th and 6th centuries AD. The massive silver chains will be a highlight of the tour. They were very skilled metalworkers in bronze before silver arrived and they had to adapt those skills to work with the new material.”

As well as the exhibition outreach projects and talks will be held during the tour. Dr Gordon Rintoul CBE, Director National Museums Scotland is really pleased that this popular exhibit will now be shown to more people across Scotland. He said: “We are hugely pleased to be announcing that this hugely popular exhibition is going to be touring to three locations across the country. But that is just one part of a much larger project which is the start of a three year research partnership supported by the Glenmorangie Company. They have been terrific supporters of the museum. Over the past nine years they have supported research into Scotland’s early history and helping us communicate it to the public. I am pleased to say that partnership is continuing for the next three years. With the next research we will be uncovering new insights into our history.”

Dr Rintoul explained that just having the exhibitions in Chambers Street is really no longer enough, and that touring is part of a new outward looking scheme. He said : “This is part of a new initiative with regular touring exhibitions around Scotland. Although we hold the national collections here what we want to do is make them accessible and visible to as many people as possible, so sharing these exhibitions around the country is absolutely the right thing to do.”Hamish Torrie Corporate Social Responsibility Director at Glenmorangie said the relationship with the museum is an important connection for them. He said : “We are today announcing the renewal of our long term partnership with the National Museum of Scotland.  It started in 2008 and we are moving into the fourth stage of the partnership.”

But Mr Torrie was keen to point out that this is much more than just financial backing. He continued : “It is more than that for us. Anybody can write a cheque but what we are trying to do is to tell the story of the early part of Scotland, not only for ourselves but also for future generations.”

The work will address important questions about how the Kingdom of Scotland was created and its connections with the Anglo-Saxon world, Ireland and Scandinavia. The results of the research will be published in a new book and widely disseminated elsewhere.

The announcement coincides with the appointment of a new holder of the post of Glenmorangie Research Fellow, working within the Museum’s Department of Scottish History and Archaeology. Dr Adrián Maldonado is a graduate in medieval history from Harvard University, with a PhD in medieval archaeology from the University of Glasgow.

This exhibition is open at the National Museum of Scotland until 24 February 2018.