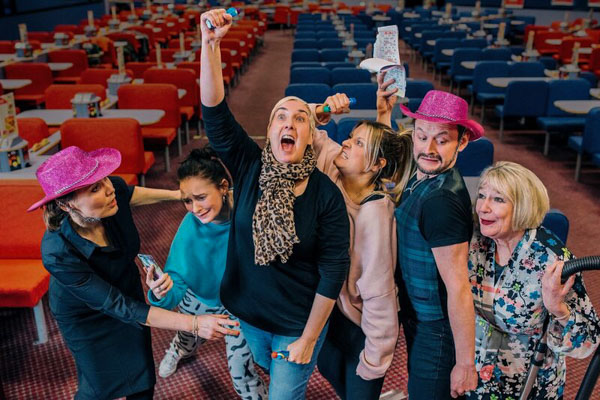 Bingo! presented by Grid Iron Theatre Company and Stellar Quines Theatre Company, is a new musical comedy focusing on lives of six characters and one fateful night at the bingo.

With cracking original songs, a lot of banter and cheeky humour, Bingo! is co-written by Anita Vettesse & Johnny McKnight, with music by Alan Penman and directed by Stellar Quines’ Artistic Director Jemima Levick.

Bingo! reflects the current state of affairs for many people living in the UK, for whom a visit to a bingo hall is both a night out and a financial plan. Brought to Scottish stages by two award-winning Edinburgh-based theatre companies: site-responsive specialists Grid Iron and Stellar Quines, who celebrate the diversity of women and girls, Bingo! promises to be a show that entertains and provokes. Bingo! receives its world premiere at Assembly Hall in Edinburgh. Bingo! tours Scotland in March and April 2018 to venues around Scotland, including Stirling, Ayr, Musselburgh, Glasgow and Inverness.